Tom Hiddleston A.K.A Loki fanboys over SRK and Talks about His Connection with Chennai 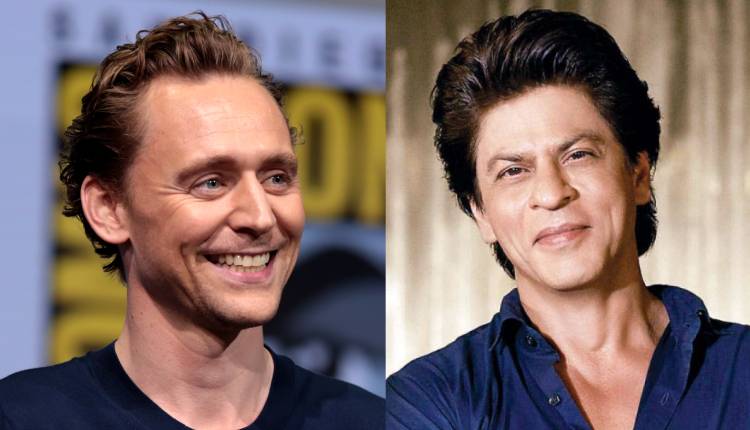 The Avengers fame Tom Hiddleston, most-loved for his famous fictional character, Loki, fanboys over Shah Rukh Khan and reveals his connection with Chennai in the recent video. The British actor appears in the special video for his fans in India which is posted on the official Instagram handle Disney+ Hotstar. It displays Hiddleston playing the Word Association game.

The Marvel Studios’ Loki, the God of Mischief has been shown playing God of Word of Association in the new video. So, when he asked about the word to be associated with India, the actor replied, ‘Shah Rukh Khan.’ And when asked about the association word for Bollywood, he said, ‘Am I allowed to say Shah Rukh Khan again? Shah Rukh Khan again!’ When asked about his first thought on the Indian City, Hiddleston replied, ‘Chennai!’ He also added that, ‘My Akka (elder sister) lives there. She used to live there. And I have been there a few times. Chennai is great!’ The word “Akka” in the Tamil language means elder sister which made the England actor’s Tamil fans wildly exhilarated. Well, when he revealed his connection with Chennai city, it made the Chennai Marvel fans’ day as people are elated and created gladsome and witty memes which celebrate their favorite star.

The much-awaited series of Disney Plus’ “Loki” in which the British actor iterates the self-titled role of God of Mischief from the Marvel Cinematic Universe (MCU). As Hiddleston starred as Loki in six MCU movies, he died in the “Avengers: Infinity War” (2018) and the series starts from God of Mischief being stuck at Time Variance Authority (TVA). TVA is the fictional organisation that detects timelines in the Marvel comics. Along with the famous co-stars including Owen Wilson and Gugu Mbatha-Raw, Hiddleston’s “Loki” series started streaming on Disney + Hotstar from Wednesday.