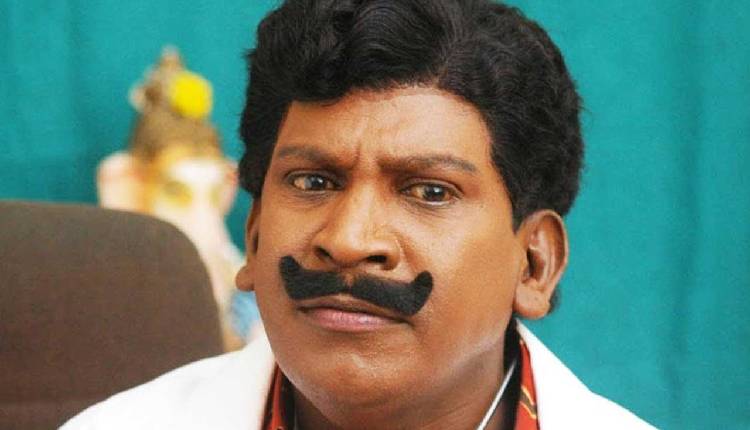 The most loving act of all is to make someone smile. Nevertheless, it takes a lot of skill to make someone laugh hysterically. As the proverb goes, “Laughter is the best medicine,” comedies have helped audiences over the years forget about life’s minor irritations and simply enjoy a good laugh. In many of the country’s biggest blockbusters, comedy is a major component of Indian cinema. As a result, comedians from Kollywood and Bollywood have become well-known due to their inclusion in almost all motion pictures. It takes a particular kind of comedian to actually make you laugh aloud.

When it comes to Tamil comics in Indian cinema, Vaigai Puyal Vadivelu is the only comic who can brighten the screen in any film with his quotable comedic lines and performances. Vadivelu’s performance in comedic scenes is incomparable, we can say with certainty. Every aspect of him is worth it, from the way he moves and sings to the way he makes a joke with a distinctive body gesture. In every Tamil movie, he was always that iconic comedian. With his excellent acting in numerous films, he won our hearts. Let’s now look at some of our favourite Vadivelu comedy movies that will brighten your day.

If Vadivelu in this film had to be described, it would have to be with this line: “Sing in the rain, I’m swoiing in the rain.” Vadivelu did an excellent job playing the part of a university student (hero Prabhu Deva’s classmate) who is eying up Bruce, a woman classmate from China, only to be rejected by fellow comedian Vivek at each turn. This film also provided pop culture gems like the phrase “Why blood, same blood,” which was used to denote that two people are experiencing the same suffering.

Vadivelu, who wore a leather jacket and had an earring in one ear, mesmerised us all with his top-of-the-tongue English and charismatic personality. And Hey! Who can forget about his famous Canadian family and his brother Mark Waugh who lives in Dubai?

You may also like: The Perfect Rom-com Movies of the Month: Love Today

‘Thank you, my lord, thank you!’ This is how Vadivelu’s charming part in this crime thriller, which is long overlooked, begins. This film, Chinthamani KolaCase, was remade from its Malayalam counterpart, in which Suresh Gopi played the lead role. The Tamil version of the film starred RK. In this movie, Vadivelu plays a former lawyer who has now entered politics. Hundreds of people still use his humorous dialogues on a daily basis to get through life’s frustrations. Some phrases, such as “Kadal laye illiyaam” and “Kadupethranga my lord,” have been known to be universally applicable and have stood the test of time.

Who can forget Vadivelu’s pencil moustache and parrot green shirt from this movie? The movie, which starred Prashanth as well as Kiran in the lead roles, was unquestionably a success, but Vadivelu stood out as the performer who managed to stick in the audience’s minds. His performance as Kaipulla is cherished for reintroducing the Tamil word “sangam” to popular speech. He is the leader of the “Varuthapadaadha Valibar Sangam” in the film, which is short for “Worriless Youth Association.” He primarily serves to provide comedy relief in an already dull film by squaring off with a boxy Riyaz Khan. He still provides material for memes with lines like “Pechu pechaathaan irukkanum” and his upbeat demeanour.

The film starred Sundar C and Jyotirmayi in the lead roles and is best known for its “Nanum rowdy thaan” line. Vadivelu, who played “Naai” Sekar in the film, is a man of many aspirations. He wants to marry actor Trisha, which gave rise to the famous line “Trisha illana Divya,” and he also wants to be a rowdy, but he always fails because of his apparent personality flaws. “Enna vechu comedy keemedy pannaliye” and “Indha getup la naan romba alag-ga iruken la?” are just a couple of the memorable one-liners from the film that people still remember today.

Movie buffs regard Vadivelu’s role as a cult classic thanks to his distinctive hairstyle and now-famous monologue. Despite being a forgettable film with Madhavan and Bhavana, Aarya is still recognised for its hilarious Vadivelu comedy route. Vadivelu plays a beggar who eventually becomes a councillor, and he does an excellent job. The scene where the actor asks Bhavana what made her become infatuated with him (Bhavana’s goons abduct Vadivelu rather than Madhavan and the resulting scene is chaos) is one that makes fans watch over and over again.

These are just a few of the iconic roles he played in Kollywood that have endured for decades after the movies were first released. It may be impossible to adequately express the difference his task has made in the lives of ordinary people, but it is almost certain that they will remember him for the coming years.

5 Essential Tips for A Business Trip