We Need To Save Aarey Forest Says Shilpa Shetty 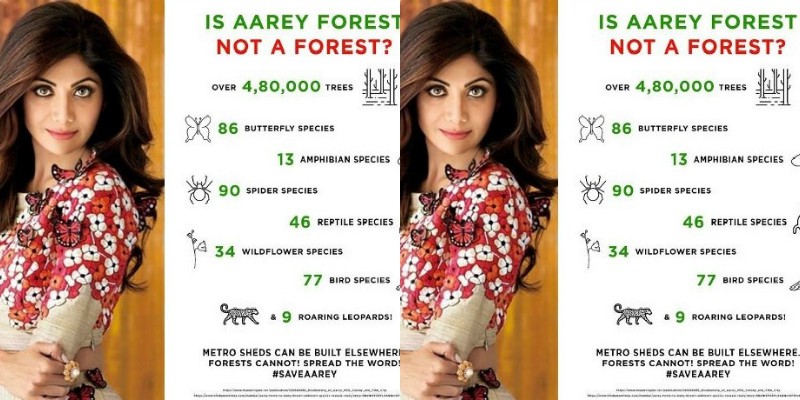 After Kangana Ranaut, Shraddha Kapoor, and many more coming in support of “Save Aarey Forest” initiative, actress and yoga expert Shilpa Shetty Kundra urge Mumbaites to step up and stop BMC from axing 2600 trees.

The Brihanmumbai Municipal Corporation (BMC) recently gave the approval to cut over 2,600 trees for a Metro car shed in the Aarey Colony adjoining suburban Goregaon, which is known as the major green lung of the city.

Shilpa Shetty just took to her social media and wrote a heartfelt note. She shared, “Global warming, recurring monsoon floods, disasters wrecking havoc that we have been subjected to, WE, Mumbaites, must unite to oppose axing of over 2,700 trees in the #AareyForest – a shocking move, which will result in a heavy price tag paid by not just us…but our future generations too!!”

“Safety of our city and protecting our green lungs creating pollution-free air is the prime need of the hour. Protecting the environment isn’t an option anymore nor can we turn a blind eye to it”

Pre-Sex Checklist Every Man and Woman Should Know

Pre-Sex Checklist Every Man and Woman Should Know