​Ayushmann Khurrana Is Elated For Dreamgirl And Will Start Promotions Soon! 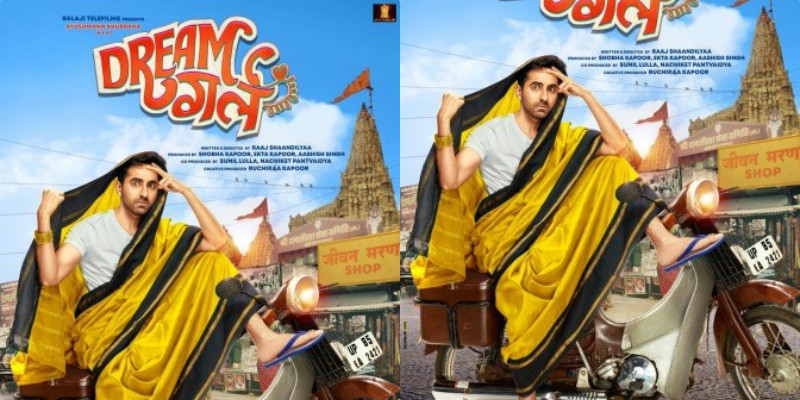 Ayushmann Khurrana has been making headlines all year long and now is gearing up to start promotions for ‘Dreamgirl’ on the 2nd of September. The superstar is absolutely ecstatic about Dreamgirl which is set to release in the coming weeks.

Ever since the trailer of the movie was launched, it has received wide appreciation for its quirky and unique theme. Ayushmann Khurrana’s portrayal of Pooja has received accolades from his fans and peers in the industry.

The superstar has become the talk of the town with his stellar performance earlier this year in ‘Article 15’ following which he won the National Award for Best Actor for his performance in ‘Andhadhun’ and now we get to see him as Pooja in ‘Dreamgirl’.

In a first-ever collaboration between National award-winning actor Ayushmann Khurrana and one of the biggest production houses of the Indian Film Industry- Balaji Telefilms, a one of a kind film ‘Dreamgirl’ is all set to win hearts and by the looks of it is set to win big at the box office too. The trailer has the superstar playing a guy who dresses up as women characters for the local dramas and confidently so, which leads him to pick up a job in a radio station which requires him to speak to the listeners in an effeminate voice! Within no time, the quirky Pooja takes over the whole city with her inviting voice and soothes everyone who calls her.

The poster of ‘Dreamgirl’ has the star looking quirky in a cotton saree and sitting on a rickshaw. Nushrat Bharucha is the lead actress paired alongside Ayushmann Khurrana with Vijay Raaz, Manjot Singh, Annu Kapoor, and Rajesh Sharma.

The film is directed by Raaj Shandilya, produced by Ekta Kapoor, Shobha Kapoor, and Aashish Singh. Dream Girl is all set to release on 13th September 2019.