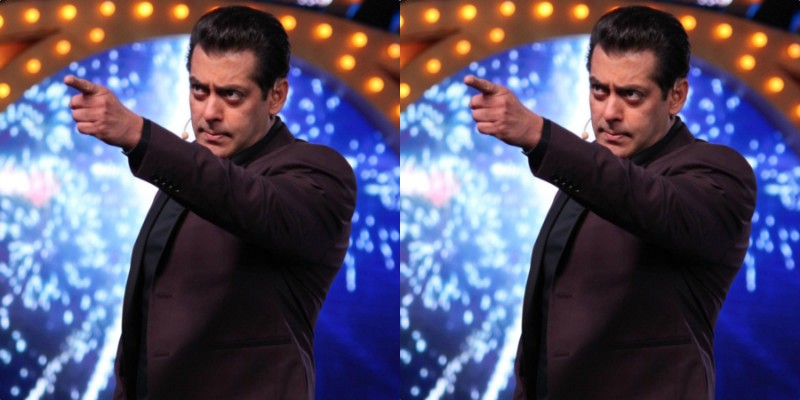 The most controversial show on Television, Bigg Boss has entered its 13th edition with actor Salman Khan back to hosting. The show is infamous for its verbal spats, controversial fights and unconventional relationship dynamics, and if the show kick-starts with Bhai Jaan going toe-to-toe with paparazzi at the launch event, priceless!

Salman Khan got into a verbal tussle with a photographer at Bigg Boss 13 launch in Mumbai. The photographer was trying to create havoc at the event and Salman for once lost his cool and had a little verbal exchange.

A visibly angry Salman then turned to the photographer and called him out for regularly being disruptive. The actor also made a plea to other press members to do something about the photographer in question.

During the launch event, Salman was joined on stage by Ameesha Patel, Arjun Bijlani and Puja Banerjee. They performed dance numbers for the press, and teased them with information about the upcoming 13th season of the reality show.

Apart from Bigg Boss 13, superstar Salman Khan will soon be seen in the third and most awaited sequel of Dabangg franchise.

Dabangg 3 is directed by Prabhu Deva, and bankrolled by Salman Khan Films and Arbaaz Khan Productions. It is written by Dilip Shukla. The story is set in the State of Madhya Pradesh.

The film is scheduled for release in 20 December 2019 in Hindi along with Kannada, Tamil and Telugu dubbed versions.