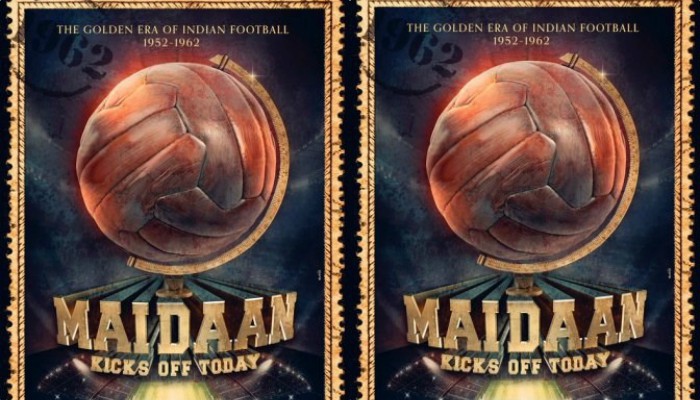 The film was announced a little while ago, but today the makers have confirmed the titled, the film is co-produced by Akash Chawla’s Freshlime Films and Boney Kapoor.

In the film actor Ajay will play the role of Syed Abdul Rahim who was a coach and manager of the Indian national football team. The film is helmed by Amit Sharma and bankrolled by Boney Kapoor.

Producer Boney Kapoor dropped the first look poster along with title name of the film. He captioned it, “Proud to kick off the Untold Story of The Golden Years of Indian Football. Hope to bring glory to India with this fantastic story…@ajaydevgn @Maidaanofficial @iAmitRSharma @keerthyofficial @freshlimefilms @saiwynQ @writish @zeestudios_ @ZeeStudiosInt”

The biopic on football player and coach Syed Abdul Rahim, who is often called the founding father of Indian football, Rahim was a champion player and also a very influential coach.