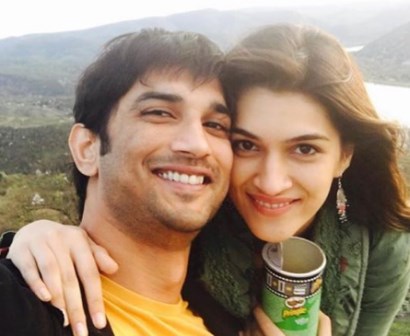 SSR’s close friend and Raabta co-star, Kriti Sanon, has welcomed the Supreme Court (SC) verdict of a Central Bureau of Investigation (CBI) probe into his death.

Kirti took to her social media and wrote, “Last 2months have been extremely restless with everything being so blurry. Supreme Court’s order to let the CBI investigate Sushant’s case is a ray of hope that the truth will finally shine. Let’s all have faith, stop speculating & let the CBI do their work now! #CBIForSSR”

The SC order has also been welcomed by Sushant’s former girlfriend, Ankita Lokhande, and his sisters, Shweta Singh Kirti and Meetu Singh.

Last month, Sushant’s father had filed an abetment to suicide case against Rhea Chakraborty, who was the actor’s girlfriend at the time of his death. She was also accused of misappropriating funds from his bank account and not allowing him to meet his family.

Meanwhile, on the work front, Kriti Sanon will next be seen in Mimi, which is directed by Laxman Utekar and produced by Dinesh Vijan of Maddock Films. A remake of the Marathi-language film Mala Aai Vhhaychy!

The film features Kriti Sanon in the lead role of a surrogate mother, alongside Pankaj Tripathi, Sai Tamhankar, Manoj Pahwa and Supriya Pathak. The film was scheduled to release in mid-2020, but post-production was delayed due to the COVID-19 pandemic in India.