​Check Out Kichcha Sudeepa And Suniel Shetty In Pehlwaan Trailer 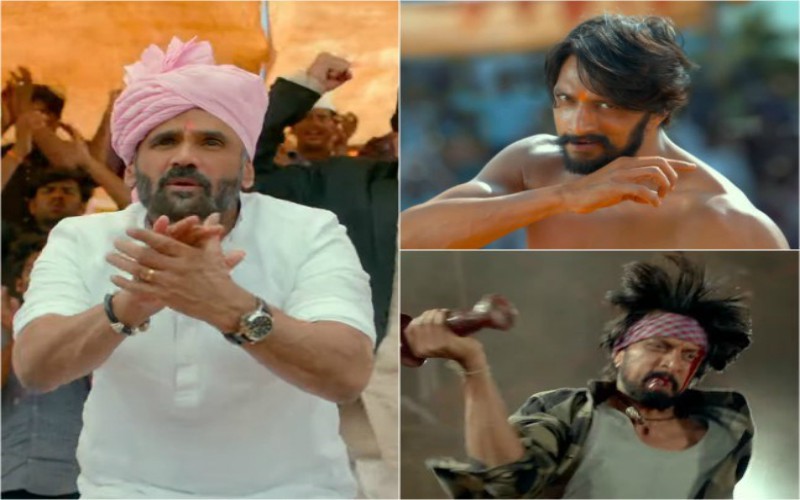 Finally, the much-awaited Trailer of Pehlwaan is here, the film stars Kichcha Sudeepa and Suniel Shetty in lead roles.

Pehlwaan is one of the most anticipated films of the year. The sports drama features Kichcha as boxer and wrestler and Suniel Shetty essays the role of a coach. The film is directed by S Krishna.

The trailer is outstanding as Kichcha Sudeep nails it with his powerful act as a wrestler.

Superstar Kichcha Sudeepa dropped the trailer on his social media profile in 4 different languages. He captioned it, “#Pailwaantrailers”

The first part of the trailer sees Kichcha leaving no stone unturned to make it big in wrestling and later, he turns a boxer.

His life turns upside down and throughout his journey, someone who keeps him inspired is Suniel Shetty. The powerful talented duo Kichcha and Suniel’s gripping act in the trailer promises action extravaganza.

Pehlwaan was earlier slated to release on August 9 which would have lead to its box-office clash with the Thala Ajith-starrer Tamil biggie Nerkonda Parvaai. However, the makers decided to postpone the release.

The film is slated to release on the silver screens on September 12.