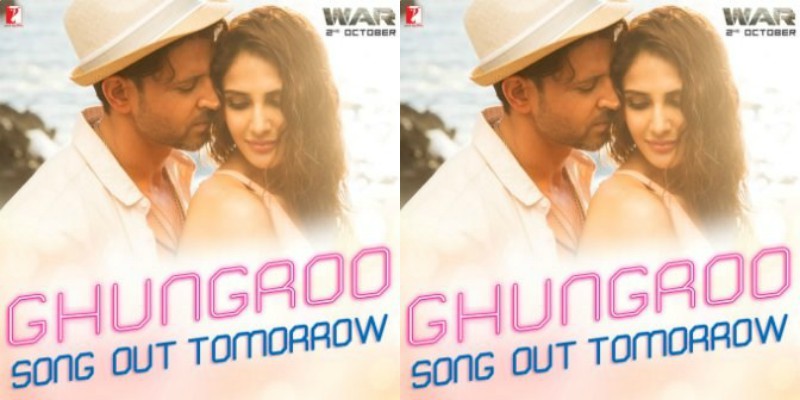 After ruling the social media with its official trailer, the makers of WAR, starring Hrithik Roshan, Tiger Shroff, and Vaani Kapoor, are all set to drop the first song from the film, titled Ghungroo, first look and release date are out!

The official handle of Yash Raj Films dropped the deeds on the song. It said, “Get ready to party your heart out with @iHrithik & @Vaaniofficial to the beats of #Ghungroo!! SONG OUT TOMORROW!! @VishalDadlani @ShekharRavjiani @raiisonai @shilparao11 #Kumaar @iTIGERSHROFF  #SiddharthAnand #WAR #HrithikVsTiger”

Recently the dynamic and action duo – Hrithik Roshan and Tiger Shroff wrapped the shoot of the film. The trailer for the film is already out and viral, it has racked up 50 Million hits on social media.

The film follows an Indian Soldier Khalid (Tiger Shroff) is assigned to eliminate Kabir (Hrithik Roshan) his mentor and an ex-Indian Soldier turned Rogue and this leads to “War” between them.