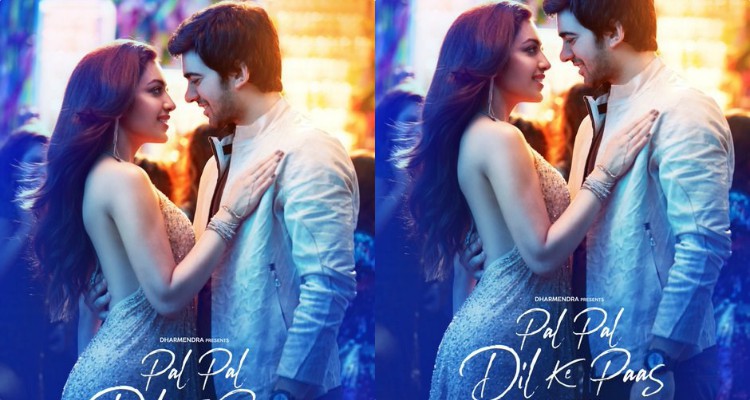 After releasing an epic trailer and title track, the makers of Pal Pal Dil Ke Paas are all set to enthrall the audience with a foot-tapping number Ishaq Chaliya, which will be out today!

The PPDKP marks the acting debut of Karan Deol, who is the grandson of veteran actor Dharmendra, along with Sahher Bambaa. The film is helmed by Sunny Deol, who has captured the beauty of Ladakh, Shimla and Himachal Pradesh, which is breathtakingly beautiful to watch in the trailer.

The official handle of Zee Studios also dropped the first look of the song. They captioned it, “Get ready for the next party song! Shake a leg with #IshaqChaliya…Song out today at 12 PM”

The film is produced by Sunny Sounds Private Limited and Zee Studios. It is scheduled for release on 20 September 2019.