​Nawazuddin Siddiqui Confirms His Next Movie, Drops A Teaser 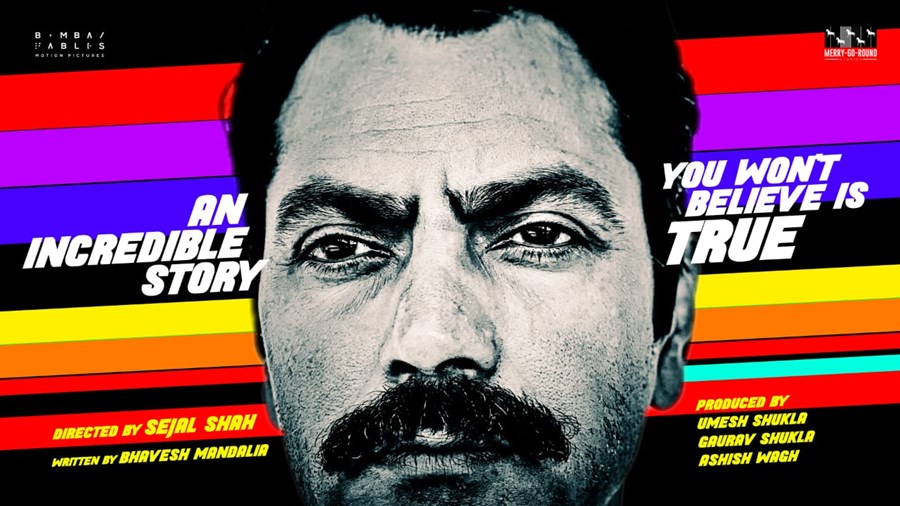 Actor Nawazuddin Siddiqui is on fire, he is ruling the digital space with back to back releases, and now the actor just took to his social media and confirmed his next outing with producers of Serious Men, the film will be co-produced by ‘Oh My God’ filmmaker Umesh Shukla.

The film as per the poster has been dubbed as “an incredible story, you won’t believe is true.”

Directed by Sejal Shah, the film will be produced by Umesh Shukla, Ashish Wagh, Gaurav Shukla, Bhavesh Mandalia and Sejal Shah. The filmmakers did not reveal the title and other details about the cast of the film yet.

Nawazuddin Siddiqui’s last outing Serious Men, also starred Nassar, Shweta Basu Prasad and Sanjay Narvekar. The film was directed by Sudhir Mishra and the plot of the film revolved around a Dalit middle-aged man who could not achieve his dreams in spite of being the first generation in his family as an educated man. When he is blessed with a son, he develops an outrageous story that the young boy is a mathematical genius. The movie was adapted from a novel of the same name written by Manu Joseph.