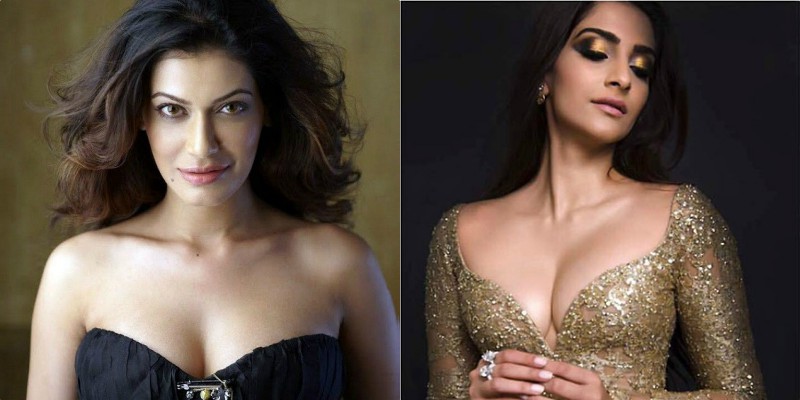 Former Actress and Model Payal Rohtagi is trolling Sonam Kapoor on social media and raised some accusing questions about her Nationality and funding of her production house.

In a recent interview, Sonam Kapoor expressed her views on the Kashmir situation and India’s relationship with Pakistan and her own belonging from Peshawar. Her certain comments did not sit well with social media trolls, especially Payal, who has accused the actress of holding a “Fake Passport”.

Payal took to her social media and wrote, “Sonam Kapoor’s family was NOT subjected 2 brutality during #Partition 1947 nor her family affected in any acts of terrorism done on Indian Soil by her BFF Pakistan so she is confused…Who goes to see her films???? Stop seeing her films…#PayalRohatgi”

Second tweet read, “#SonamKapoor is SAD that Flop film #Neerja didn’t release in Pakistan? Is she even #Indian? Or she holds a #Fake passport? How does she get #Funding 4 her films which she is so desperate to be released in Pak? And Pakistan #Bans Indian Films…Shame on Her #PayalRohatgi”

And finally adding, “How does #funding happen for Sonam Kapoor’s production house & Priyanka Chopra’s production house…Where does it come from…As they both don’t win the ‘I am Patriotic’ argument…They both want to keep friends & fans in Pakistan happy… #JaiShriRam #PayalRohatgi”

Sonam also expressed her displeasure over Bollywood film ban in Pakistan. She claimed that her film Neerja was not showcased in Pakistan, even though it didn’t show Pakistan in a negative light. She further discussed the possibility that such bans have on an artiste while claiming that she has a huge fan following in Pakistan.