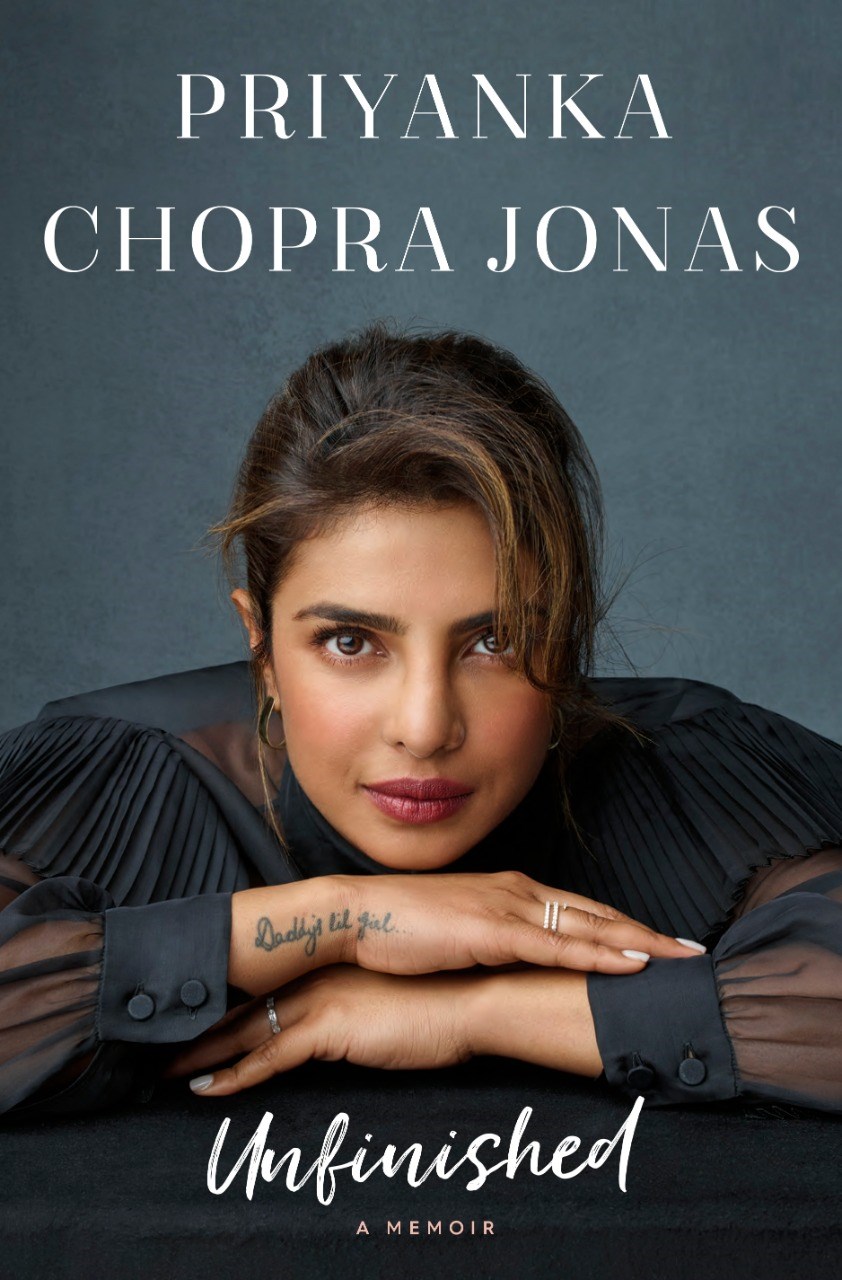 After sharing a series of clips over the last couple of weeks, Priyanka Chopra Jonas finally unveils the cover of her forthcoming memoir titled Unfinished.

Priyanka Chopra dropped a series of clips and over spread on her social media. The cover of the book is definitely striking with stunning shades of blue and grey. Apart from sharing the official cover, the actress also shared two short videos of flipping through the pages and gave her millions of fans a sneak peek of what’s to come.

While revealing her memoir’s cover, Priyanka wrote, “Ironically, I named this memoir years before I started writing it. Having been a public person now for 20 years, with so much life to live and a long list of things to check off my list personally and professionally, I am very much #Unfinished. BUT the funny thing about writing a memoir is that it forces you to look at things differently, reconciling so many things you thought you had put to bed. In doing so I’ve realized that being “unfinished” has deeper meaning for me, and has in fact been one of the most common threads of my life.”

In the following two videos, the Desi Girl shared anecdotes and advice her mum and dad gave her. “My parents taught me at a very young age to have courage of conviction, and I’ve never been ambivalent about this. I have always been guided by my curiosity, drive for challenge, and intrinsic need to constantly evolve and move forward. I have taken many leaps of faith, often times when I was advised not to…and even when I too was afraid.”

In the second video, PeeCee also told her fans that it’s okay to move on and leave things ‘unfinished’. “And so, while you’ll definitely learn about how I became me during the “in between” of what you haven’t seen, I also hope you’ll walk away with the confidence of knowing that IT’S OK to pick up, walk away, leave things unfinished, and move on to what’s next if that’s what your journey requires to get to the next destination. We all have a different story to tell, this is my story, and I am #Unfinished.”

Meanwhile on the work front, Priyanka will next star in The White Tiger, We Can Be Heroes, Citadel, and The Matrix 4.