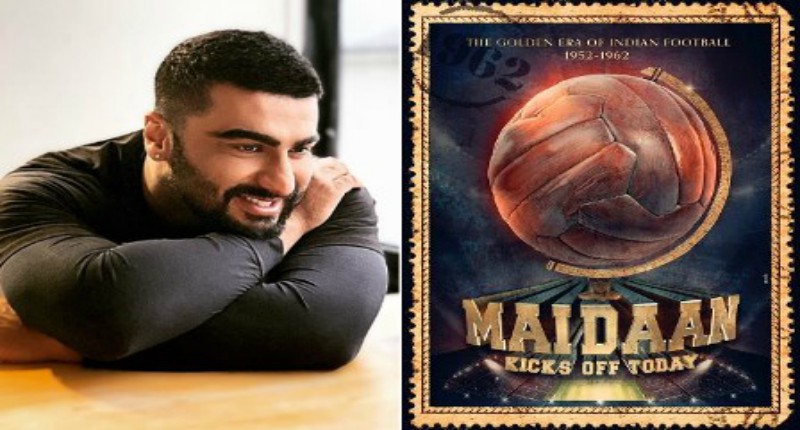 National Award-winning filmmaker Amit Sharma in collaboration with actor Ajay Devgn and producer Boney Kapoor for Maidaan, the film will bring the life of Syed Abdul Rahim on screen, and Arjun Kapoor is nothing but proud of the association.

In the film actor, Ajay will play the role of Syed Abdul Rahim who was a coach and manager of the Indian national football team. The film is helmed by Amit Sharma and bankrolled by Boney Kapoor.

The biopic on the football player and coach Syed Abdul Rahim, who is often called the founding father of Indian football, Rahim was a champion player and also a very influential coach.

Meanwhile, Arjun Kapoor is busy with his first-ever historic war drama film, Panipat, which also stars Sanjay Dutt and Kriti Sanon in the lead. The film is helmed by Ashutosh Gowarikar.