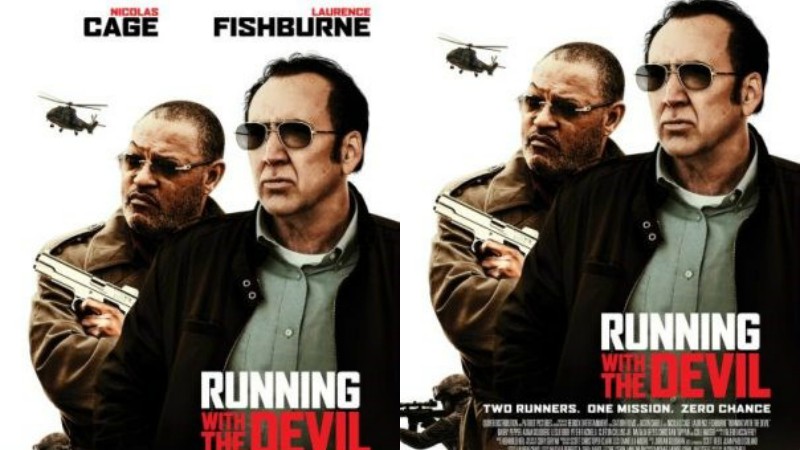 Actor Nicolas Cage, Laurence Fishburne, Leslie Bibb and Barry Pepper starring drug war drama, Running with the Devil, is out with its first official trailer and this one is a hard hitting, fast paced mercilessly action thriller written and directed by Jason Cabell.

The film centers on a compromised shipment of cocaine and the journey to take it through international borders. When a drug cartel honcho, known only as The Boss (Barry Pepper) enlists his two most trusted partners — a henchman called The Cook (Nicolas Cage) and a trafficker called The man (Laurence Fishburne) — to get the drugs to their destination safely, the duo head out on a dangerous mission while being tracked down by Federal Agents.

As the drugs make their perilous trek across international borders, past gangsters, refiners, and couriers, they are also being tracked by Federal Agents, all hell breaks loose.

The film also stars Adam Goldberg, Clifton Collins Jr, Cole Hauser and Peter Facinelli. The impressive cast isn’t the only noteworthy aspect of Running With the Devil, as the picture is being shepherded by Jason Cabell, a former active-combat Navy SEAL, making is directorial debut.

​Check Out the Trailer Of Honey Boy By Shia LaBeouf