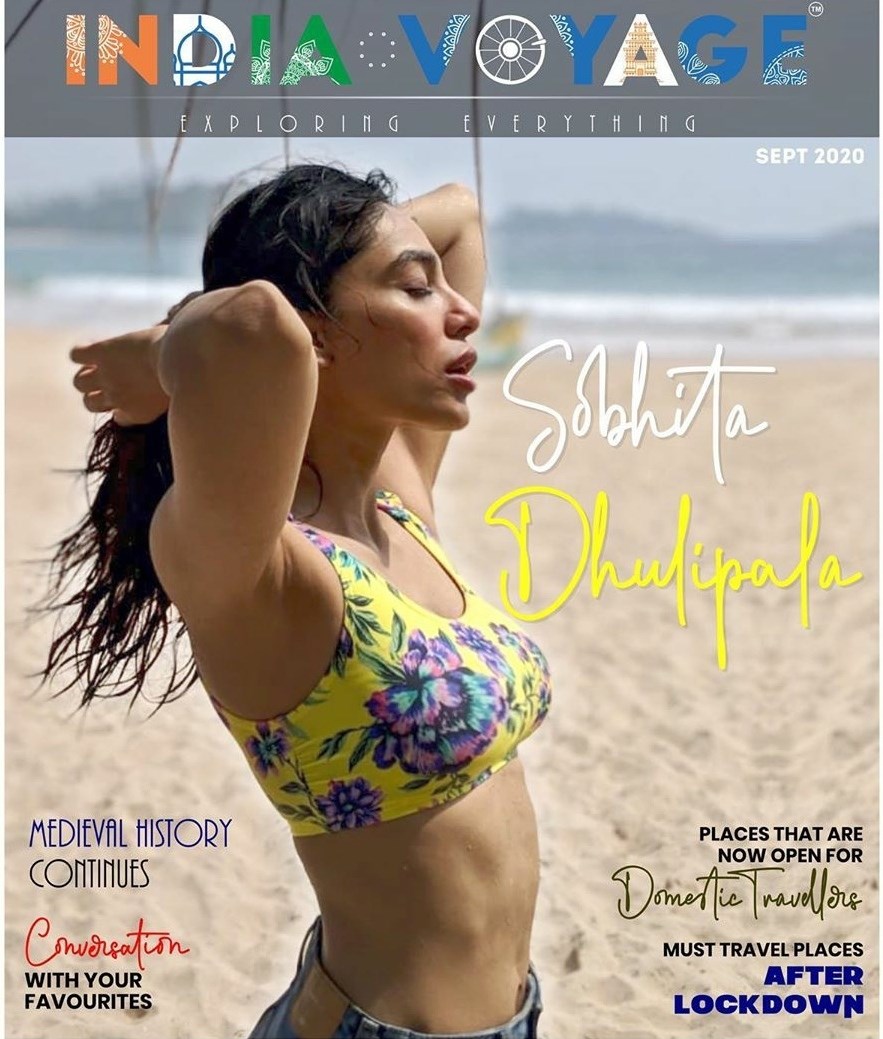 Model turned actress Sobhita Dhulipala was seen posing for India Voyage Magazine. The ‘Ghost Stories’ actor took to her Instagram handle and shared the cover photo of the magazine. In the cover photo, Sobhita is seen wearing a sexy yellow flowery top and denim. Standing on the beach Sobhita posed smilingly with, her arms up and tying her hair. As usual, she is looking hot and sensuous.

Meanwhile, on the work front, Sobhita was recently seen in featuring music video, ‘Hate The Way’. Marking it first the charts climbed quickly. The song garnered 1.9 Million hits within days of its release. She has also featured in the hugely popular Kingfisher Calendar for the year 2014, she made entry into the Indian fashion industry featuring in reputed fashion magazines and walked the runway at major fashion weeks.

About her upcoming project, “Sobhita Dhulipala will be seen in the upcoming movie ‘Laxmmi Bomb’, directed by Raghava Lawrence starring Akshay Kumar, Kiara Advani in lead roles. The release date is still not finalized.

And will also be seen ‘Kurup’, directed by Srinath Rajendran starring Dalquer Salmaan. It is scheduled to release on 01 December 2020.

​Dwayne Johnson And His Family Tested Positive For Corona Virus