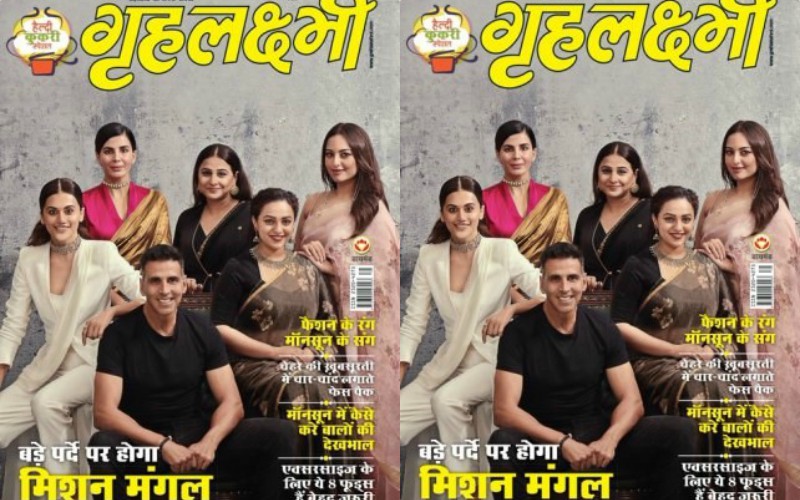 The makers of Mission Mangal are leaving no-stone unturned in promoting the multi-starrer sci-fi drama. The entire team of the film is looking pretty on the latest cover spread of popular Greh Lakshmi magazine.

The film also stars Kirti Kulhari, Sharman Joshi and H. G. Dattatreya in pivotal roles. It is loosely based on the story of scientists at Indian Space Research Organisation who contributed to the Mars Orbiter Mission, which marked India’s first interplanetary expedition.

Directed by Jagan Shakti the film releases on 15th August.