10 Things You Just Cannot Do With Your Long Nails! 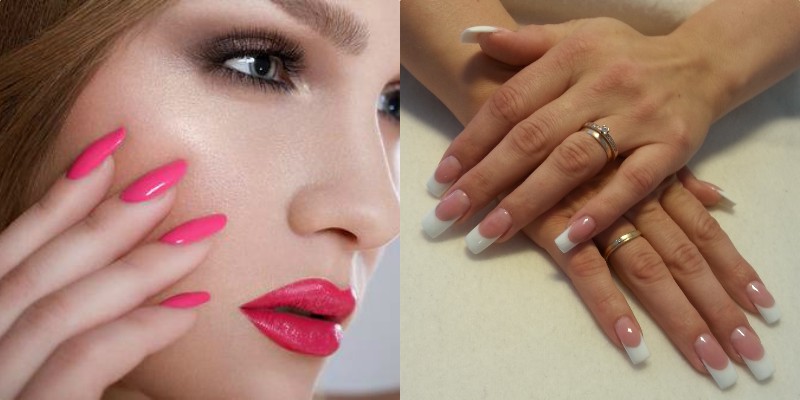 10 Things You Cannot do with your Long Nails!

Apparently, most of the ladies would like to possess long nails and will be having the intention to grow it later. It looks classy and freaking cool but did you know about the struggles behind it? Well, the struggle is damn real and once you get to know about the annoying kinds of stuff due to long nails, you will think twice whether to grow-up the nails or not. You could ask some who worn long nails for extended periods and get to understand the real struggles of the day to day life. So, here are 10 things which you would have experienced with the long nails.

WORKING ON A KEYBOARD: When it comes to typing on the keyboard, mostly we would use the top of our fingertips close to our nails. But with the long nails, we obviously need to change our typing ways and use the pads of our fingers more often. In the same way, exactly the same goes for typing on your phone in which we should be prepared to hit the wrong keys. It happens more often with your long nails.

PUTTING IN CONTACT LENS: So, when you use a contact lens, you should be careful enough to fix it. And one false move can push you to have a blurry vision, thus watering your eye. It also leads to spoiling out your liner and mascara speeding their way down your face.

WEARING ON ANY TYPE OF JEWELRY WITH A CLASP:  It is impossible to put on your jewelry that has a clasp with your fake nails. You have only one option to put on any type of jewelry excluding rings is to wait until someone to assist you or maybe when you are with your friends. Or else, you have to be annoyed by putting on your bracelet which will further push you into frustration.

MAKE SOUNDS WHILE TEXTING: No matter how long your nail is, it will create sounds often. When it comes to typing in the keyboard, phone screen or whatever it may be, it will produce some sounds which will annoy others.

PUTTING ON MAKEUP WHICH YOU WOULD DO WITH YOUR FINGERS: Say good-bye to the type of make-ups that you would use your fingertips. The reason is that you will create all types of divots in your makeup when you try applying it with your fake nails. One accidental false move can look like you are trying to scratch on your face.

WHEN YOU TRY BUTTONING ANYTHING: When it comes to button anything with your long nails, it will be a long damn struggle with your shirt, pants, and jackets. You might have used to button or unbutton your shirt pants with a flashlight speed but with the long nails or fake nails, it will be the toughest thing to do. So, you must now have to use both your hands and the sides of your fingers as well.

WHEN IT COMES TO WEARING GLOVES: So, when it comes to wearing gloves on your hands, it will turn out to be the difficult thing ever. It will be an easy thing only if you add half an inch or more to the end of your fingers and now it looks weird to some extent.

RUNNING YOUR HANDS THROUGH THE HAIR: When you wear acrylics or with long nails and you start to run your hands through your hair, there will be the chances where the strands will get caught between your nails or at the edges of the acrylics. Even the strand of hair might pull out and get stuck under your nails.

HOLDING AN EYE PENCIL OR SLANT-TIP BRUSH: Just like that of holding a writing pencil or pen, the same is in case of wielding the eyeliner to try and create a damn gorgeous look on your face. By the way, you will have to forget about fixing the smudges.

DIFFICULTY IN APPLYING LASHES: It is hard enough to do with the short nails yet with the long nails, you know you must have to use tweezers to fix your false lashes on your lash line. This will give you a terrific when you handle the sharp tool near your eyes.

4 Secrets To Lose Weight Easily Without Hitting The Gym!

The Battle of Pratapgarh, The Historic Win By King Chhatrapati Shivaji