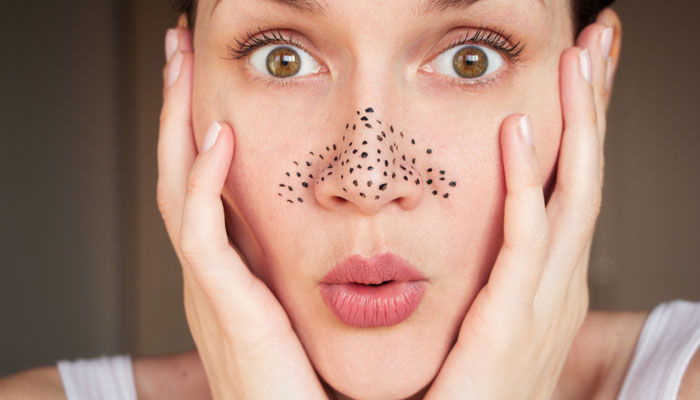 Blackheads are equally annoying as acne and pimples on our faces. We might have been irritated to find blackheads near the nose and find it tough to diminish it. The most maddening thing is that when you try to clear them more, they would appear again and again. It would make you more conscious whenever you are going out and making it difficult to concentrate on the present. The troublesome thing about blackheads is that appearing in the chin and making still less confident of your appearance. Well, you do not worry about it now as we have some effective natural treatments to remove the chin blackheads at home. Let’s check out the following natural treatments of chin blackheads easily at home.

REGULAR EXFOLIATION IS MUST: When you regularly exfoliate, it would help you to alleviate the dead skin cells from your chin. It would thus help unclog the pores and when you ignore exfoliation, it would worsen the condition further. Well, you could use the gentle scrubs to exfoliate your skin.

HAVE VITAMIN C RICH FOODS: Since vitamin C is an antioxidant, it would automatically help protect and nurture your skin. It would avert the appearance of acne, blemishes, and blackheads and combat with the harmful free radicals as well as inhibit the bacterial growth. When you consume foods rich in vitamin C such as lemon, pepper, papaya, or strawberries and dark green leafy veggies, it would be easily helpful in preventing chin blackheads as it would boost collagen as well.

TREAT WITH ORANGE PEEL: Naturally, orange peel is highly beneficial for your skin right from olden days. It has been a very famous home remedy for averting pore clogging and blackheads. Orange peel powder could be helpful in glowing up your skin and treats blackheads when you apply the paste by mixing orange peel powder and water. Allow it for about 15 minutes and wash it with warm water. It would thus help in preventing excessive oil production and the accumulation of the dirt as well.

TRY SOOTHING HONEY AND CINNAMON: Both honey and cinnamon are amazing home remedies for blackheads when it comes together. All you have to do is to mix a teaspoon of cinnamon with a tablespoon of honey. Then, you have to take a cotton strip and dip it in the amalgamation and just place it on your chin. Leave it to settle for about 20 minutes and take it off. As cinnamon contains anti-inflammatory properties, it would be highly helpful in preventing blackheads.

MAKE CLAY MASK: Clay masks are excellent for cleaning the dirt and grime from your skin. So, you could prepare the clay mask with fuller’s earth with water and mix it well until you get a paste. You could apply it on the blackheads and leave it to dry. Later, wash it off. It would thus helpful in cleaning excessive dirt accumulation and oil production on your skin as well as prevent the blackheads.

Mobvoi announces the launch of TicWatch Pro 2020 in India