7 Profound Health Benefits of Gram Flour You Should Know 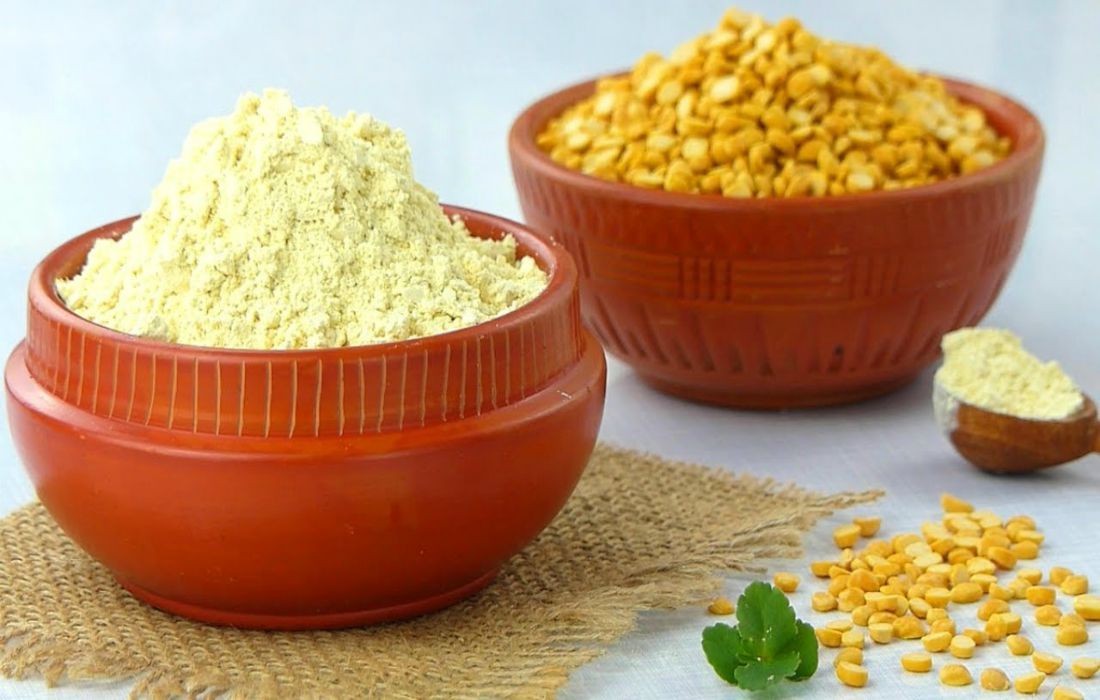 Like many other ingredients, besan powder or gram flour is placed permanently in Indian households. It has been widely used for preparing a variety of dishes as it provides a unique taste to the foods. With its variable uses, gram flour is known for its effective health benefits along with its nutty flavor. This has been used as the main ingredient in nourishing the skin and it has been used as a home remedy for ages. Gram flour is known to be helpful from reducing weight to controlling diabetes. If you wish to give it to your children or kids, you could simply add some sugar to the powder and give it as a snack. Read on to know more about the health benefits of gram flour.

AIDS IN WEIGHT LOSS: Gram flour helps burn down your calorie at a faster rate. This is because of the lower levels of the glycemic index. So, when you consume besan, it would be helpful in eating lesser calories as it keeps you full throughout the day. While diet is important in your weight loss process, you should have to include this in your daily diet to promote fat burn and even increasing the nutritional level of the body.

COMBATS ALLERGIES: If you are allergic to gluten, you could simply add flour to your diet. As it is a gluten-free product, it could be used in the place of wheat which has gluten in it. Since it is low in calories, gram flour is extremely nutritious. It thus helps ward off many allergic reactions.

GREAT FOR THE HEART’S HEALTH: Since besan inhabits soluble fiber, your heart would be happy and healthy if you serve it. The presence of the fiber content of the gram flour helps control and manage the cholesterol levels of the body. Thus, making the heart function properly as well as allowing healthy blood circulation.

REDUCES AND PREVENTS DIABETES: Popularly known as one of the best home remedies, gram flour is helpful in controlling diabetes. This happens because of the low level of the glycemic index which thus keeps diabetes at bay. However, you could replace wheat flour with gram flour to prepare pieces of bread and rotis. Why not try incorporating gram flour instead of wheat flour?

BOOSTS METABOLISM: The good source of B-Vitamins like Thiamine (B1), Riboflavin (B2), Pyridoxine, and Folic acid in besan powder are known different metabolic reactions in the body. So, you could now get another reason to incorporate it into your diet.

GETS RID OF CONSTIPATION: The rich source of insoluble fiber in besan is extremely useful in relieving constipation thereby stimulating regular and bowel movement. Well, you could prepare some delicious dishes by having besan as an ingredient to have a good bowel movement.

IMPROVES BRAIN FUNCTION: Known for its rich content of thiamine and folate, besan is useful for glucose metabolism and good functioning of the brain as well. Additionally, it is also known for containing blood-building nutrients.

How to identify the best haircut for your face shape?