A Hug Is A Good Booster Says Elli AvrRam 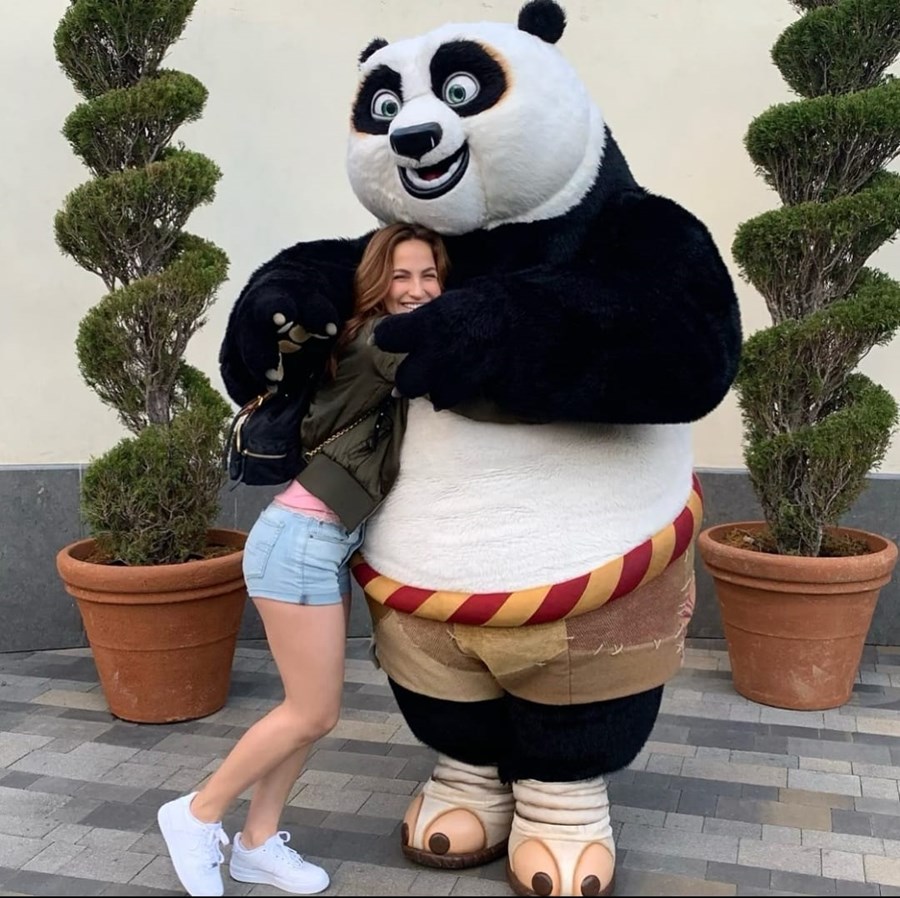 Sometimes a tight hug makes you forget all your worries. Actor Elli AvrRam shared a throwback picture hugging Mr. Kung Fu on her Instagram. In the picture the ‘Malang’ actor is seen getting quite cozy with the Kung Fu. Calling herself as a hug girl, Elli expressed that a hug is the best boosters!

About Elli, The Swedish-Greek actor got popular after she took part in the reality show Bigg Boss 7 (2013) as a contestant, and her innocence won her many fans. However, making a mark in Bollywood still seems to be a long journey for her.

Meanwhile, on the work front, Elli will be seen portraying the role of Rajalakshmi in ‘Paris Paris’. It is a Tamil comedy-drama film directed by Ramesh Aravind and produced by Manu Kumaran.It is a remake of the 2014 film ‘Queen’ by Vikas Bahl, The film features Kajal Aggarwal, Vinaya Prasad,Bhargavi Narayan.

The film began production in September 2017, and was shot simultaneously in Kannada as Butterfly.

In July 2020, filmmakers entered talks to release the film through Amazon Prime Video.