A Strange Temple ‘With A Growing Nandi (Bull) & With No Crows’ 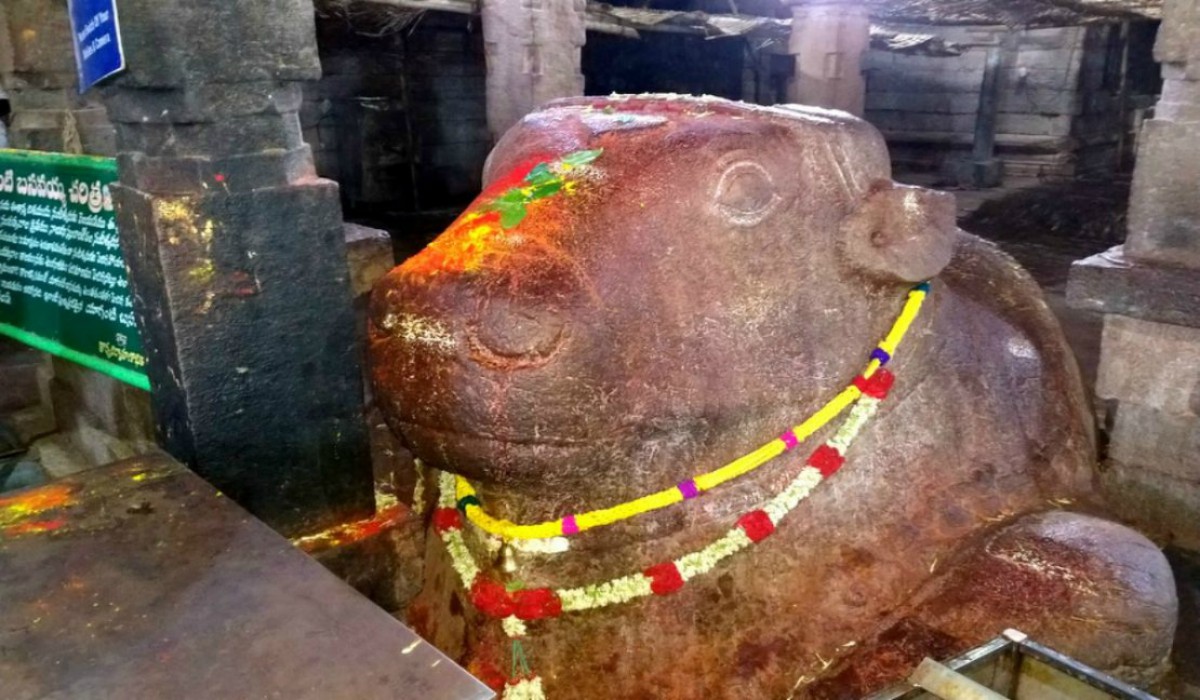 Believe It or Not! The Unbelievable Growing Nandi of Yaganti Temple

An idol of Nandi growing an inch every 20 years!

A temple where you could never spot a crow!

Apparently, India is well-known for its rich culture, tradition and awe-inspiring architecture. People from various countries have been traveling to India just to experience the essence of vibrant cultures and architectural fame. Well, India is home to several temples and here people are worshipping the vehicle of Lord Ganesha, which is the rat. We have many other splendid temples across the countries to amaze us with its spell-bounding architectural style and with intriguing information. (www.lifeandtrendz.com). Here is one such amazing temple is known as Yaganti Uma Maheswara Temple or Yaganti in Andhra Pradesh.

Located in Kurnool district of Andhra Pradesh, Yaganti Uma Maheswara Temple is dedicated to Lord Shiva. Howbeit, the other deities worshipped here are Goddess Parvati and Nandi, which is the bull. The most interesting thing about this temple is that the Nandi idol is found to be growing. Meanwhile, the local people stated that initially, the idol was smaller and it has been growing over time. Research has exhibited that the size of the idol increases by an inch every 20 years. Also, the Archaeological Survey of India (ASI) completed the research on the idol and culminated that the rock used to chisel the idol exhibits an enlarging nature.

The lush green ambiance of the temple captivates the people from all over the world. And the growing nature of Nandi idol almost amazes every devotee. It is because of this growing nature of the idol, the pillar was removed and so the devotees could do circumambulations around the Nandi idol. It is also believed that the idol would come alive at the end of Kali Yuga, which is according to the Hindu belief of the present age. Yet another interesting fact is that there is no crow to be found in the premises and it has a story flowing as that sage Agasthya was performing atonement, he was disturbed by crows. Then, he cursed them that they should not be permitted into the temple. The cave where Sage Agasthya worshipped Lord Shiva is another fascinating place of the temple.

The temple’s pond, Pushkarini is believed to be filled with water throughout the year and it is from here the water gushes out of the mouth of the Nandi. It naturally flows from the encircling hills and it is sweet and revitalizing in nature.

The Mystery Behind The Hanging Pillar of Lepakshi Temple in India!