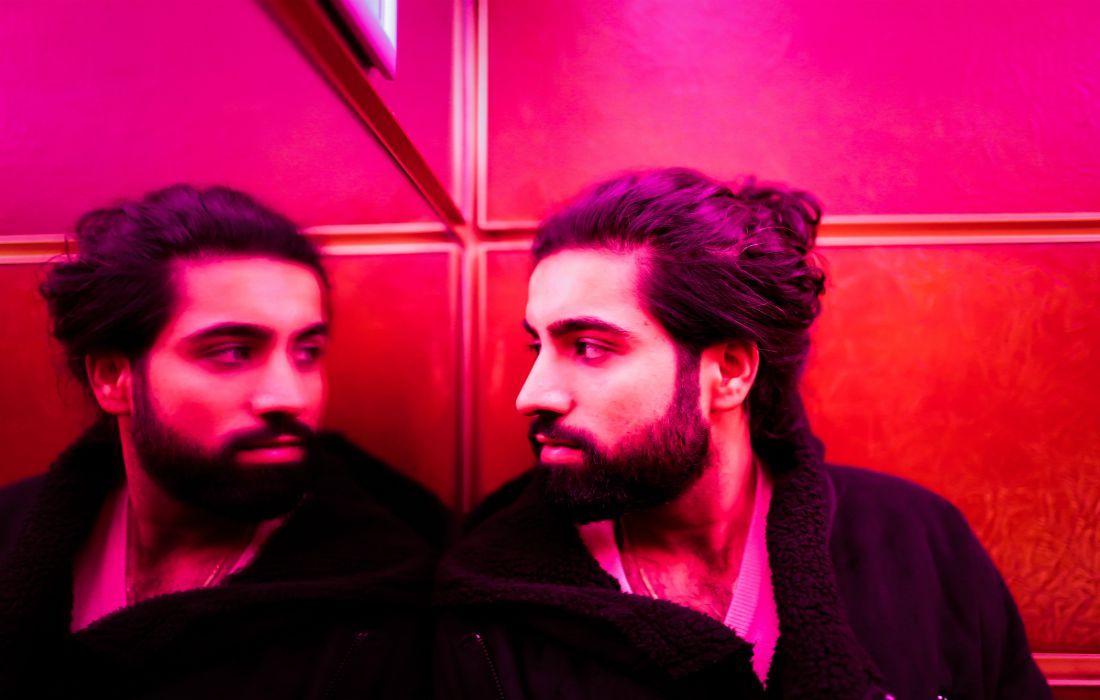 Rapper Sapra’s latest release “Haiwan” is a call to action

Sapra, a gifted and groundbreaking rapper from New Delhi, India, does not shy away from pushing boundaries through his music. Sapra has a distinctive style where he artfully weaves together the beats of Hip-Hop and the unique rhythms of Bollywood music. Yet, much of his power also lies in a seamless way his lyricism comments on profoundly relevant social issues, as we see in his latest release title “Haiwan.”During Sapra’s time in Los Angeles, CA, he’s witnessed the effects of living in an era of post-COVID-19 and addresses how this disease “is not our choice, it has become the condition of man.” His song highlights the response to COVID-19 by addressing that in this “nightmare” has devastated much of humanity and calls to action a need to come from a place of higher love.

Sapra’s love of music developed at a young age. Growing up playing the tablas and performing onstage, Sapra knew that music was one of the greatest callings. In India, he’s worked as an owner of Beyond Exclamation Theatre, a live events company in India, and has travelled throughout India for international theatre festivals, earning him past accolades for his work. Sapra has also been the producer and director of countless music videos. He eventually decided to move to the United States to study film at New York Film Academy (NYFA) & acting at UCLA in Los Angeles, CA where he was first able to make real traction with his music. He currently also performs as the leader actor in “Mystic India World Tour”, a tour that shares the vast diversity and range of Indian culture. He’s earned an award as “Best Performer.” Some of his greatest inspirations include Kendrick Lamar, Punjabi MC and Andrea Bocelli. His greatest hopes include creating awareness amongst the youth of our generation about issues such as sex education, global poverty, drug abuse, body shaming, climate change, the fight for equality and female empowerment. His previous song “Coco”, released through T-Series, has garnered over a million views on YouTube to date and his previous track “High on Love” showcases Sapra’s versatility as an artist. His greatest achievement is that his music, art and breadth of work are a testament to him wanting to share his cultural roots with the world in hopes of fostering unity through diversity.

Throughout the song“Haiwan”,Sapra highlights the importance of global human rights and cries out for us to speak up about the failures of political leaders and their response amidst the COVID-19 global pandemic. He asks us to consider how their “conscience is full of guit” in the face of this global pandemic.His latest release “Haiwan” focuses on the lack of compassion admist the COVID-19global crisis but urges us to remember that our only way through is to unite through love, harmony and compassion.

His early training as an actor, director and producer has allowed him to create unique music videos that incorporate engaging and cinematic imagery that allow the onlooker to be entertained while also reflecting on the state of the human condition.In Sapra’s video“Haiwan,”his video portrays the vast diversity of the human race and how universal our struggles truly are. Ultimately, the message is our most binding component is our inherent humanity and that our lives are deeply interconnected with one another. Ultimately, the central message echoed in the song is that are destiny lies in our hands and we must find a united way forward through love.

Sapra’s future looks bright as his hope is to travel the world and continue to make his inspiring music and hopes to shoot amazing video content. He’s currently experimenting with the idea of creating Indian Reggaeton and is currently working on three projects, a song about female empowerment, another about sex education consent awareness and another romantic love song.