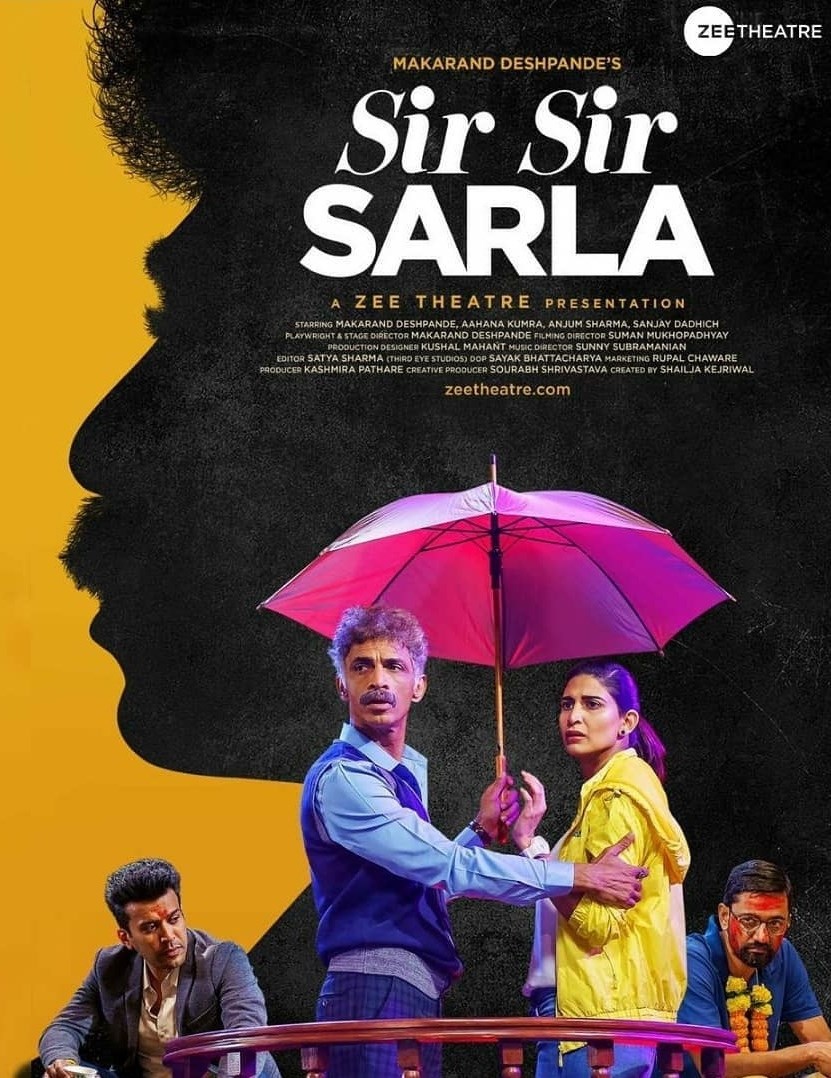 Sir Sir Sarla a Hindi play which marked Makrand Deshpande’s first staged in 2001, is all set to hit the Zee Theatre on Tata Sky on 31st October. Actress Aahana Kumra who has been playing her part for 10 years shared the news on her Instagram handle.

Aahana stated that due to the corona-virus pandemic it was not possible to keep the theatre alive, but she is happy that through another medium the play will reach the audiences.

Aahana on her Instagram wrote, “Because the show must go on…After winning audiences nationwide since its premiere in 2001, Makarand Deshpande’s Sir Sir Sarla is now coming to your home with #ZeeTheatre Catch the Premiere on 31st October on #TataSkyTheatre CH: #316…I’ve been very lucky to have played Sarla for 10 years now! This year due to the pandemic we have not had a single show of #SirSirSarla on stage but I’m grateful that we are keeping theatre alive through another medium which reaches our audiences, a new venue in this new normal to a new audience! We sincerely hope you love this as much as we do! #SirSirSarla coming soon to a screen in front of you! Until we meet again on stage! #ZeeTheatreOnTataSky #SirSirSarla #SirSirSarlaOnTST #Theatre #ViratEntertainment @zeetheatre @tataskyofficial @makaranddeshpande_v @sanjaydadhich @anjumsharma @sumanmukhopadhyay2011 @anshtheatregroup @rajiv2424”

About the play, Sir Sir Sarla’ is a Hindi play about the love of two university students for their teacher, philosopher, and guide, Professor Palekar.

The boy, Phanidhar (Sanjay Dadhich) is the underdog who shares a love-hate relationship with the Professor. The lives of the three are thus strongly interwoven.

Sanjay Dadhich and Aahana Kumra have replaced the earlier stars, while Makrand reprises the main role. The play has been made in Hindi as well as Gujarati to reach out to a wider audience in Mumbai.

Waiting To Be In Jail Says Kangana Ranaut