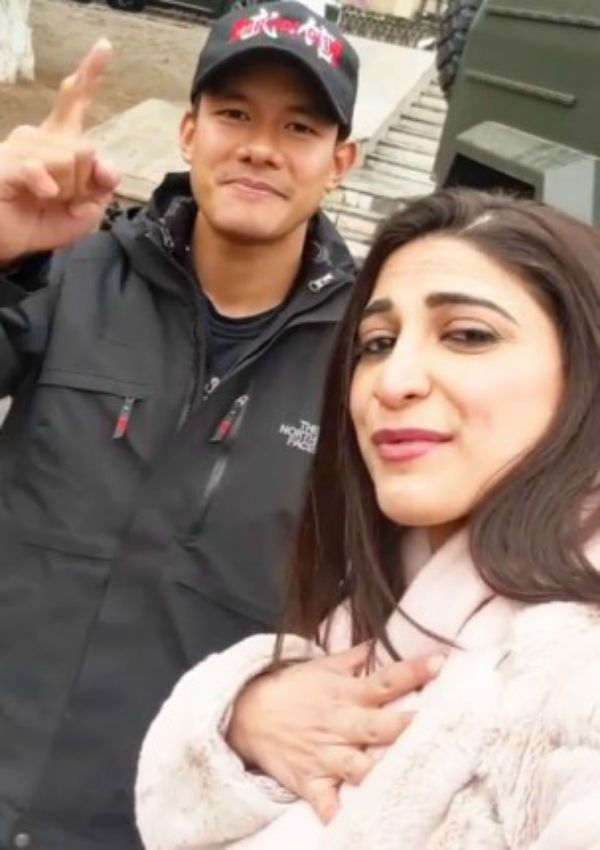 Since the movies are getting released directly on OTT platforms, owing to Covid-19, our celebrities are missing face to face interaction with their fans for the promotion of their films. They are looking for different ways to give a sneak peak of their hard work to their fans before the release. Actress Aahana Kumra who will soon be seen in the film ‘Khuda Haafiz’ shares BTS moments from the sets of the film.

Sharing a video with her action director, the ‘Betaal’ actress wrote, “Will be sharing some of my favourite BTS moments from the sets of #KhudaHaafiz in Uzbekistan! First up with master @andy_long_nguyen our action director! Ofcourse I made him do a testimonial where he spilled the beans about my ah-mazing action sequence in Khuda Haafiz as the feisty agent  #TamenaHamid Apart from the fun fact that this is the first time I was doing an action sequence, I also pulled muscle just before shoot day and was still up and about post the havoc that we all went through. We loved working out together as a unit and I felt no different from the action team and loved the experience of this journey. Thanking @farukkabir9 for the opportunity to be a part of this learning! And thank you @[email protected] @eoskarlsson @freeegor_ @stunts4ba for being my friends, teachers and having my back! And Aarigato master Andy. #KhudaHaafiz streaming from 14 August on @disneyplushotstarvip”

Film ‘Khuda Haafiz’ is inspired from true events and is a romantic action thriller directed by Faruk Kabir. It also stars Vidyut Jammwal, Shivaleeka Oberoi, Annu Kapoor and Shiv Pandit. The trailer of the film garnered good response and the audience is looking forward to the film.

Yesterday, the music album of the film was also released. The film will stream on Disney+Hotstar from August 14, 2020.

Post Khuda Haafiz, Aahana will also be seen in the film ‘Shamshera’ starring Ranbir Kapoor, Sanjay Dutt and Vaani Kapoor. The film is directed by Karan Malhotra and is about a dacoit tribe who took charge in fight for their rights and independence against the British.