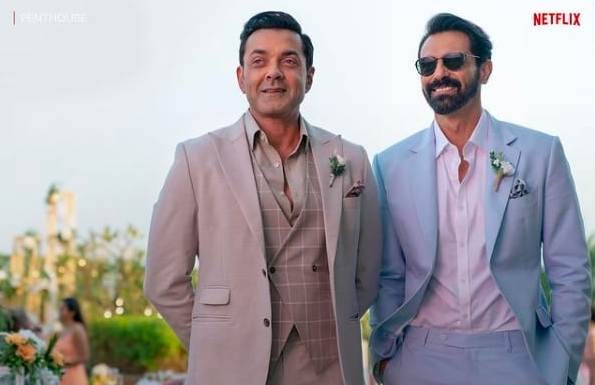 When we hear Abbas Mustan’s name, we can only think of a suspense movie with lots of twists and turns. The director duo are making their digital debut with their directorial ‘Penthouse’. Yesterday, Netflix India released a list of films that will be released in 2021 and fans are super excited to watch this thriller.

Bobby Deol who plays one of the lead in the film shared the news and wrote,”What happens when 5 friends find an unknown dead body at their penthouse ? A chilling thriller! Streaming soon on @netflix_in”

The film is reportedly said to be an official remake of 2014 Belgian film ‘The Loft’. The story revolves around five married men who share an ownership of a penthouse in the city where they secretly meet their mistresses. But what turns a nightmare for them is when they find a dead body of a woman in the house. The men begin to suspect each other of the crime as they are the only ones with keys to the Penthouse. The film is full of twist and turns that will keep you glued till the end.

Abbas Mustan are coming back with a film after a hiatus of 4 years. Their last release was ‘Machine’ which was released in 2017. The film ‘Penthouse’ stars Bobby Deol, Arjun Rampal, Sharman Joshi, Mouni Roy and Waluscha De Sousa in lead roles.

Release date of the film will be announced soon. It will stream on Netflix.