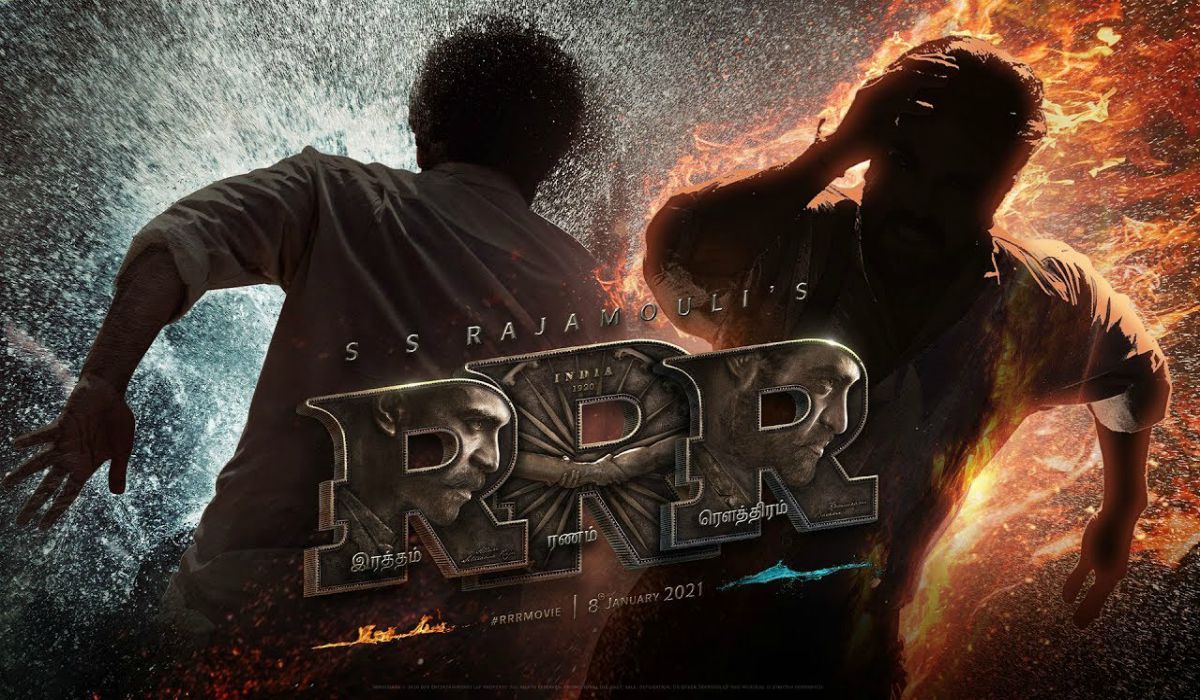 The makers of multi-starrer epic period drama, RRR – Roudram Ranam Rudhiram, are out with the first official motion poster of the film, starring an incredible ensemble of Ajay Devgn, Alia Bhatt, Ram Charan and Jr. NTR in the lead roles.

Superstar Ajay Devgn dropped the motion poster on the auspicious occasion of Gudi Padwa. He captioned it, “Happy #GudiPadwa everyone…When the powers of opposing forces like fire and water come together, intense energy is what you’ll have! Here’s the #RRRMotionPoster – #RiseRoarRevolt @ssrajamouli @tarak9999 #RamCharan @aliaa08 @RRRMovie @DVVMovies”

A fiery Ram Charan and watery NTR run into each other to join forces against a common enemy in the motion poster.

Roudram Ranam Rudhiram is written and directed by S. S. Rajamouli. It is a fictional story revolving around India’s freedom fighters, Alluri Sitarama Raju and Komaram Bheem who fought against the British Raj and Nizam of Hyderabad respectively.

Set against the pre-independence era, the pan-Indian project is a fictitious story based on two legendary freedom fighters, Alluri Seetharamaraju and Komaram Bheem. While the Konidela scion is playing the former, NTR will be seen as later. Helmed on a massive budget of Rs 400 crore, the film is scheduled to hit the screens on January 8, 2021.