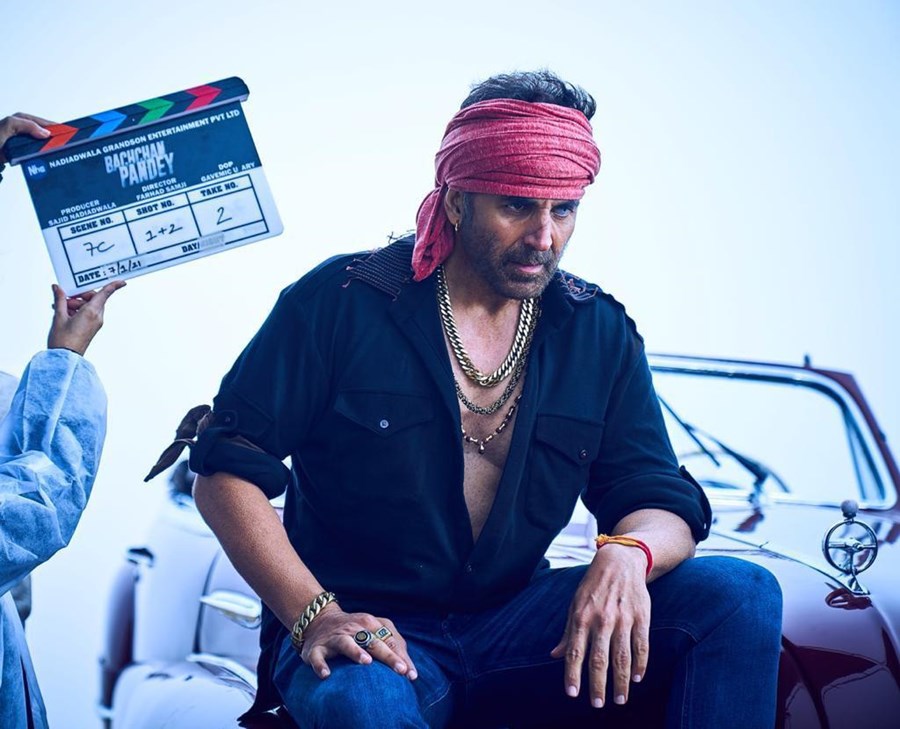 The tenth collaboration between Sajid Nadiadwala and Akshay Kumar, Bachchan Pandey has gone on floors in Jaisalmer and now the first look of Khiladi Kumar is out and taking the internet by storm.

First look of Akshay Kumar as the gangster in Bachchan Pandey is out. The comic-action-drama is helmed by Farhad Samji.

Superstar Akshay Kumar dropped the first look on his social media. He captioned it, “New year, old associations…begun shooting for #BachchanPandey, my 10th film with #SajidNadiadwala, and hopefully many more. Need your best wishes and do tell me your thoughts on the look. @farhadsamji @kritisanon @jacquelinef143 @arshad_warsi @nadiadwalagrandson”

The official handle of Nadiadwala Grandson also expressed their excitement on the tenth collaboration with Akshay. It said, “Here’s to the 10th Collaboration together & a bond decades old! Presenting the Gangster @akshaykumar in & as #BachchanPandey #SajidNadiadwala @farhadsamji @kritisanon @jacquelinef143 @arshad_warsi @pankajtripathi @_prat @saharshkumarshukla #AbhimanyuSingh @wardakhannadiadwala”

Akshay’s eponymous character in the film ‘Bachchan Pandey’ is a gangster who aspires to be an actor, while Kriti Sanon essays the role of a journalist, who harbours dreams of becoming a film director.

The Family Man 2 Teaser Is Out, Manoj Bajpayee On A New Mission