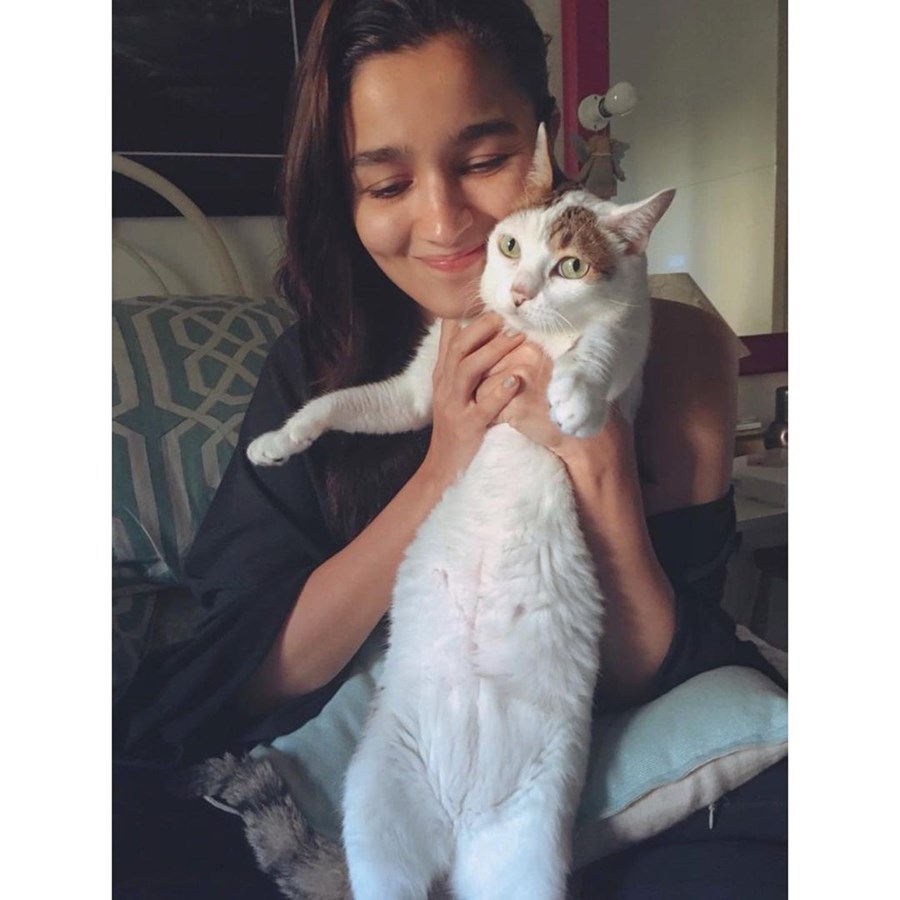 Actress Alia Bhatt shared an emotional for her pet cat Sheeba who passed away recently on social media on Friday. ‘Kalank’ actress is known for her love for cats and she often posts pictures with her pet cats on social media. Apart from Sheeba, Alia has two more cats named Juniper and Edward at her residence.

Alia posted two adorable pictures with her little white ball of fur on her Instagram handle, In one of the pictures, Alia can be seen holding the cat in her hands as they pose all smiles for the camera while, the second picture shows the actor sitting on her sofa, looking into her phone with Sheeba sitting on the sofa-side and peeping into Alia’s phone. Sharing pictures with Sheeba, Alia wrote, “Goodbye my angel.”

Alia’s recent post got close 1.5 million likes on Instagram. Her friends from the film industry such as Mouni Roy, Shilpa Shetty Kundra, Esha Gupta, Tahira Kashyap, Zoya Akthar Riddhima Kapoor Sahni and many others expressed grief and offered condolences in the comments section.

On the other hand, Alia’s mother Soni Razdan also shared a few pictures of their cat on her Instagram handle and wrote, “RIP Sheeba. We named you after the Queen of Sheeba because from day one you had such a regal air. My mornings will never be the same again. Thank you for the abundance of love you blessed me with Sheebles will miss you so much.”