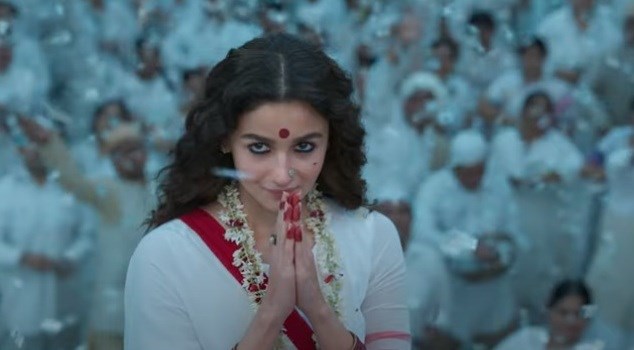 Sanjay Leela Bhansali’s directorial is based on the book “Mafia Queens of Mumbai” written by S. Hussain Zaidi. The film celebrates the rise of a simple girl from Kathiawad who had no choice but to embrace the ways of destiny and swing it in her favor.

The narrative walks through the life of young Ganga who in no time marks her own territory and becomes Gangubai – The Matriarch of Kamathipura.

The official handle of Bhansali Productions dropped the teaser. They captioned it, “She rose in power and embraced life in her own way. Celebrating this art of a woman and the man who promises, yet another stem-winding story of #GangubaiKathiawadi. Teaser out now: See you in the cinemas on 30th July. @aliaa08 #SanjayLeelaBhansali  @prerna982 @jayantilalgada @PenMovies @sudeepdop”

Alia Bhatt is a force to reckon with in the teaser, her power-packed performance laced with stunning visuals makes the teaser a delight to watch. With a promise to make one and all feel inspired in 2021 as Gangubai Kathiawadi celebrates the journey of a girl who became the voice for women empowerment.

​Time To Dance Teaser Is Out, Starring Isabelle Kaif And Sooraj Pancholi