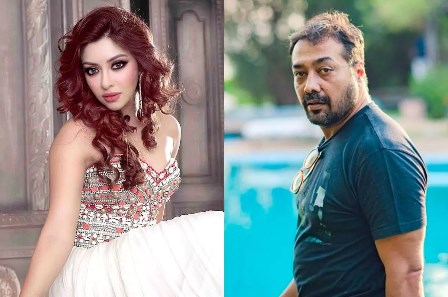 Actress Payal Ghosh who has accused filmmaker Anurag Kashyap of sexual misconduct and narrates her ordeal with “Bombay Velvet” filmmaker who was drinking and smoking something other than cigarette on the fateful evening.

Payal claimed that Anurag was shooting for Bombay Velvet when the incident took place. She talked about meeting the filmmaker for the first time till the fateful evening where he tried to push himself onto her.

Talking about the whole incident, Payal said, “After first formal meeting, Anurag called me the second time and cooked a meal for me. Then he called me again to meet him, for the third time. So I went to meet him and he was drinking and he smelled funky. He smelt of something I am not familiar with but I could clearly see it’s something other than a cigarette. I don’t know if he was drunk or not, but he told me that he drinks every day. He is up all night and goes to sleep in morning”

“Then he took me to another room, it was filled with movies (cassettes), it was like a library room. There was a TV and a sofa in the room, he put on an adult movie and that is where I started getting uncomfortable.  I told it was late and I should probably go home but he started coaxing and touching me here and there. He told me he’d fun with all his heroines and some 200 other girls”

“He was shooting Bombay Velvet at the time and he claimed that girls are willing to sleep with him just to be in one scene with Ranbir Kapoor. He was literally happy claiming having fun with girls. He came near me. He tried to take advantage and failed and I was praying the whole time, please god help me. Somehow I convinced him that I am not comfortable today. He said, ‘Okay. But the next time you come, be prepared.’ And I said okay sir and left his house. Later, he messaged me but I didn’t reply” she said.

Asked why she has decided to speak now, the actress said, “I tried before, I am not scared to talk about it, but but my family and friends stopped me. I don’t give a damn about him or scared of him”.

Meanwhile, Anurag has completely denied these allegations and have called them baseless.

Raho Safe reinforces how #menbuypads through its recent campaign