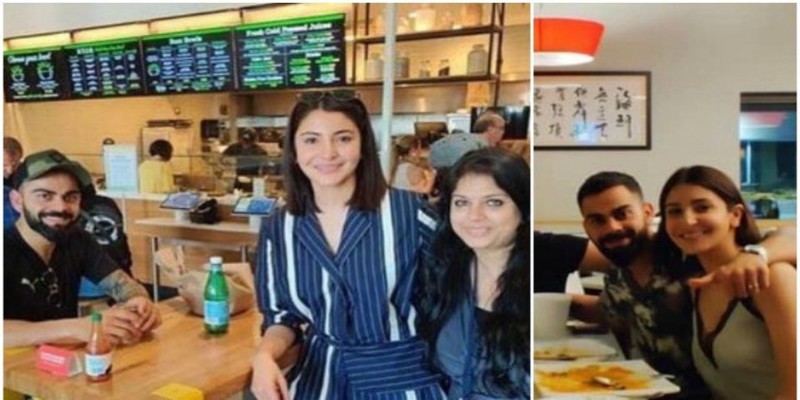 Pictures of Anushka and Virat from Dubai, on route to Miami, have emerged online. Later, the couple was also spotted by fans, enjoying a day in Miami city with friends.

In the pictures, the couple is seen seated inside what looks like an airport bus. Anushka is in a black and white striped shirt while Virat is casually dressed in a white T-shirt. In other pictures, Anushka sports a white and blue stripped pant suit and they pose with fans.

Anushka had previously accompanied Virat as India took part in the India World Cup in England. They returned to India after India exited the tournament.

Anushka has not signed any films post Zero. Recently, a rumour started doing the rounds that the actor is pregnant. Denying it, in an interview with Filmfare, Anushka said, “Yeah. If you’re married then people ask, is she pregnant? They love to read into something when there really isn’t anything.”

Reportedly, Virat Kohli and cricketer Rohit Sharma had a spat during the World Cup which resulted in Rohit unfollowing the couple on Instagram. In a cryptic message, Anushka had hinted at it too.