A Dakhma, rarely people could have heard of this place and is also popularly known as a Tower of Silence which is circular in the structure built by the Zoroastrians or Parsis for excarnation. It is nothing but for the dead bodies to be exposed to the carrion birds, commonly vultures. People who love listening to the forgotten rituals or spooky stories might have some knowledge about this place.

The scary or haunted part of ‘Tower of Silence’ is that the passersby have reported an eerie feeling at this place and it is listed as one of the most haunted sites in India located in Mumbai. Almost every people start to believe the haunting stories of any place because it is build up any spooky stories of any places. So, the place is all about the rituals and customs of the Parsis. 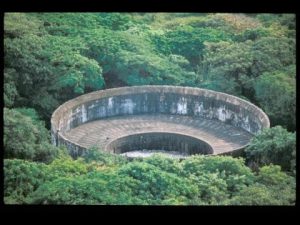 According to the Parsi custom, if a person from the community dies, the body of the deceased is brought to the Tower of Silence and is laid under the open sky to be fed by the scavenger birds, specifically vultures. The circular structure of the tower is explained as the separately as the uppermost row near the wall is for the male bodies, the middle one is for female bodies and the innermost part is for children and there is a well in between which is known as ‘Bhandar’ for the bones.

This custom of Parsis’ sounds creepy, but it is their traditional way to expose the dead under the open sky and is also the final act of charity by an individual it seems to provide the birds. There are many stories behind the customs of the Parsis and other fake news had been spread in the past about the tower. And we don’t really know whether the Parsis even now following their customs of exposing the dead bodies. Due to a lack of Vultures, they may not follow the customs now. But it is not sure whether the custom still gets to be followed.

The Haunted Beach In India, The Dumas Beach

6 Amazing Health Benefits of Tequila You Never Knew Before

Lomotif launches #LomoVacations, a campaign to turn your travel fantasies into…