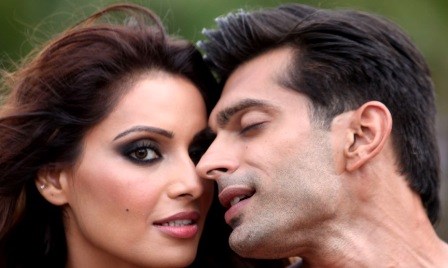 Promotions of films, shows, songs hold an important part in the success post the release. Gone are the days when stars used to hold a media conference, go on tv reality shows to promote their upcoming release. Now there is a new trend of promoting their new work while working from home. Bipasha Basu and Karan Singh Grover who will soon be seen in ‘Dangerous’ are doing the same as they promote the show while working from home!

Bipasha Basu shared pictures with KSG and wrote, “Good Morning. Work from home!! Promoting our Mx Exclusive #Dangerous from home…miss the face to face interaction with all our media friends but nevertheless the show must go on”

‘Dangerous’ stars Bipasha Basu and Karan Singh Grover in lead roles. The couple is reuniting on the screen after a long hiatus. Bipasha is making her digital debut with this show.

The story revolves around the life of Aditya Dhanraj played by Karan. His life changes when his wife Dia gets kidnapped. The drama is added when his ex lover Neha played by Bipasha is sent to handle the investigation of the case.

Yesterday, a song ‘Eyes Teri Katilana Hai’ from the thriller was released which has been sung by Mika Singh. The real life couple’s sizzling chemistry on the reel screen has been loved by the audience in the song.