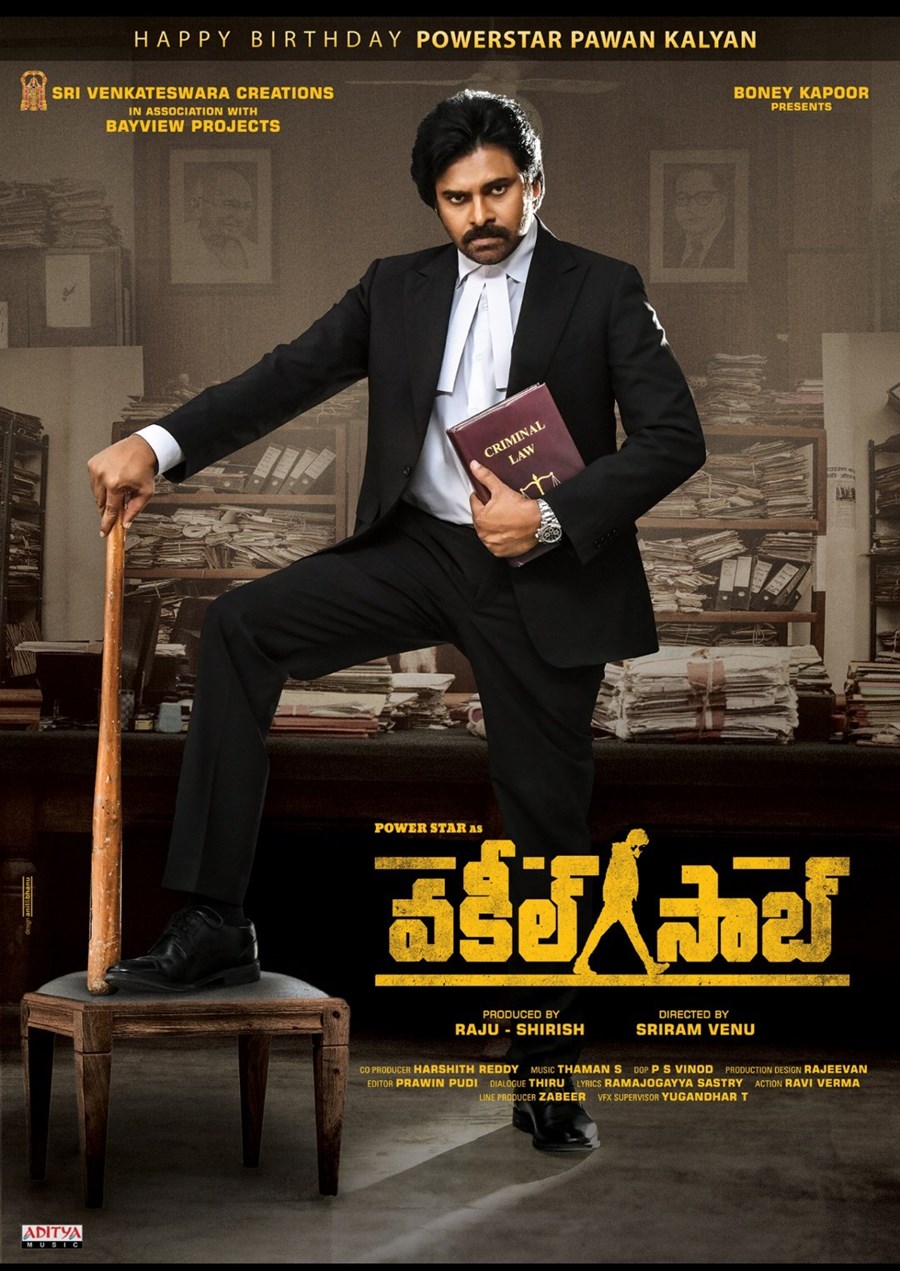 Directed by Sriram Venu of ‘Ninnu Kori fame’, the film is produced by Boney Kapoor and Dil Raju. In the motion poster, Kalyan’s character is seen holding a criminal law book in one hand and a baseball bat in another. It seems like his character will be a mix of brain and brawn while he has no qualms in taking the matters in his own hands. Thaman’s Satyamev Jayate tune plays in the background and lends more power and feel to Kalyan’s character.

‘Vakeel Saab’ is the official remake of 2016 released critically acclaimed Hindi film ‘Pink’, which is basically about how three young women are implicated in a crime, following which an elderly lawyer with bipolar disorder (played by Amitabh Bachchan in Hindi and Ajith Kumar in Tamil version) gets them acquitted.

Vakeel Saab will mark his return into films after he decided to start a political career as chief of the Jana Sena Party.

‘Vakeel Saab’ also features Nivetha Thomas, Anjali and Ananya Nagalla in important roles. On Pawan kalyan’s Kalyan’s 49th birthday, an update regarding his two upcoming movies ‘PSPK 27’ and ‘PSPK 28’ too will be made.