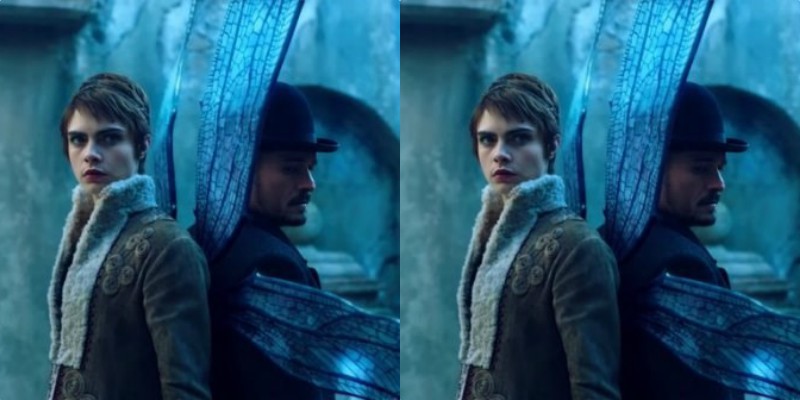 The trailer for Carnival Row is out! The upcoming neo-noir fantasy web-series is created by René Echevarria and Travis Beacham. It stars Orlando Bloom and Cara Delevinge in the lead roles.

The eight-episode series is directed by Jon Amiel. The new trailer for Amazon’s fantasy noir drama, shows off the series’ aesthetic, along with the smoldering romance between Bloom’s human detective and Cara Delevingne‘s refugee faerie.

Carnival Row is set in a Victorian London city where mythical creatures live as refugees, with their war-torn homeland under attack by human invaders.

Bloom stars as Rycroft “Philo” Philostrate, a detective investigating a spate of grisly murders in the eponymous district.

As tensions between the human and creature populations rise, Philo rekindles an affair with Vignette Stonemoss (Delevingne), a faerie with whom he has a complicated past and who harbors a dangerous secret.

The series will premiere on August 30, 2019, on Amazon Prime Video.