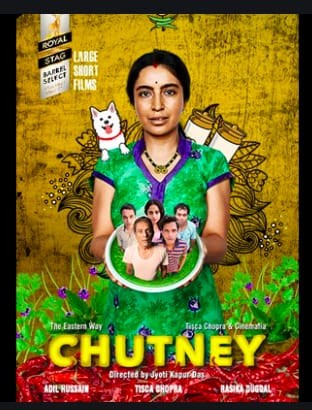 Content is the king these days. Be it in the form of a full-fledged feature film, web show or a short film, the audience appreciates good cinema and good story! Actress Tisca Chopra’s short film ‘Chutney’ becomes the most loved short film ever with 130 million views and she thanked her fans for all the love and admiration!

Tisca Chopra shared the news on her social media handle and wrote, “#Chutney130Million- 130 Million views..we thank you for tasting our homemade #Chutney and making it the most loved short ever!!”

Film Chutney was released in 2016 and is directed by Jyoti Kapur Das and co written by Avneesh Mishra and Tisca Chopra. The story is situated at Model Town where a lady narrates a tale to a woman who was flirting with her husband at a party, the night before.

Film stars Adil Hussain, Tisca Chopra and Rasika Dugal. It is produced by Tisca herself. Film is available on YouTube to watch and it has reached a milestone by getting 130 million hits, which makes it the most loved short film ever.

The actress who was last seen in the movie ‘Good Newwz’ recently got involved with the project ‘Samvaad’ which was released on International Democracy Day. It is a poem recited by her that focuses on the theme of importance of speech in a democracy.

​Raghav Juyal Is Excited About Abhay 2, Unveil His Character Poster