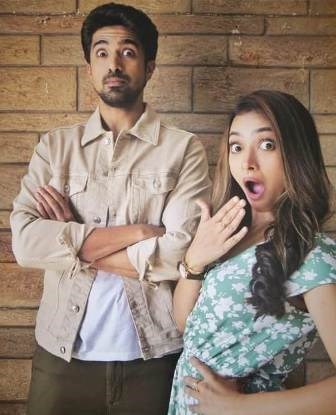 ZEE5, the largest Original content creator in India is treating the audience every day with the announcement of new releases. It is definitely a win-win situation for all the cinephiles as they are getting to see new content every other day.

With the audience anxiously waiting for films like ‘Omerta’ and ‘Yaara’ to start premiering `on ZEE5, here comes another announcement for a new release, film ‘Comedy Couple’ starring Saqib Saleem and Shweta Basu Prasad will make its premiere soon on ZEE5.

Film Trade Analyst Taran Adarsh took to his social media to announce the same, “ANNOUNCEMENT…#ShwetaBasuPrasad and #SaqibSaleem…#ComedyCouple -a feature film produced by Yoodlee Films (the film production arm of Saregama India) will premiere on #Zee5…Directed by Nachiket Samant…First glimpse of the urban rom-com”

The film will star Saqib Saleem and Shweta Basu Prasad in lead roles. The film is an urban rom-com which is directed by Nachiket Samant and produced by Yoodlee Films, which is the film production arm of Saregama India.

Saqib will also be seen in the film ‘Time To Dance’ which is a dance film directed by Stanley D’Costa and features Sooraj Pancholi, Isabelle Kaif, and Waluscha De Sousa. The film is co-produced by Bhushan Kumar and Remo D’Souza.

While, Shweta who was loved for her role in ‘The Tashkent Files’ was last seen in the film, titled ‘Shukranu’ which was directed by Bishnu Dev Halder and also starred Divyenndu Sharma and Sheetal Thakur in lead roles.

I Am A Sexy Bald Man Says Anupam Kher