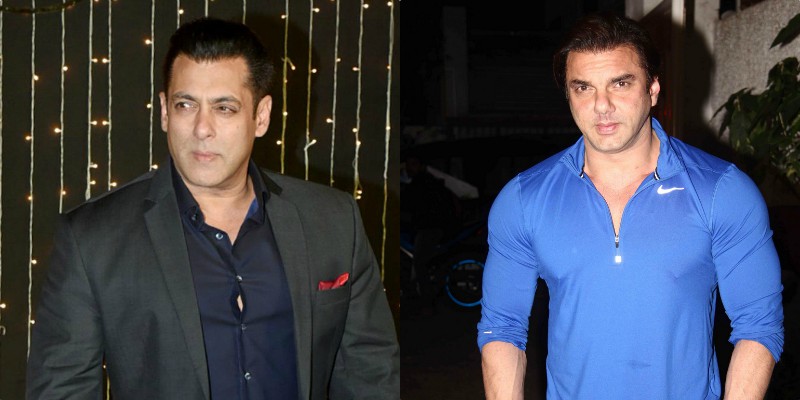 Youngest of Khan Brothers, actor and producer Sohail Khan says that Dabangg is a very big franchise and Salman Khan definitely has the knack to play the role of Chulbul Pandey on the sidelines of his recent media interaction.

Sohail Khan graced the launch of new bistro bar in Bandra and interacted with media about films and his love for food.

Talking about Salman Khan starrer Dabangg 3, actor Sohail said, “Dabanng is a very big franchise and this character Chulbul Pandey, audience loves him. I think Salman Bhai has also got the knack to portray the character of Chulbul. It is film which kids enjoy along with their families, it is a fun film and it’s a festive film, given the character of Chulbul”

The film is coming out with its third installment, Sohail added, “Salman Khan, Arbaaz Khan and entire team along with Prabhudeva is there, I am huge fan of Prabhudeva, so the whole combination is great and commercial as well. So it will be great fun film to watch”

Talking about his love for food, Sohail quipped he is a complete foodie, who doesn’t believe in dieting.

He said, “I am foodie, in fact, when I plan an evening with friends or family, so my aim is to plan a food evening. I am happy this new place opened up in Bandra, now I can enjoy more food”

Adding about his cheat days, he added, “Don’t do cheat day or diet kind of stuff, eat everything but eat in moderation. This whole thing about diet and program, they recently started, I don’t follow it. Recently I read somewhere that Dal, Chawal and Roti is not good for health, I mean I grew up on Rajma Chawal and stuff like that”

Sohail Khan was last seen in Tubelight with Salman Khan, says he is not sure about acting but will soon roll out massive projects under his home production.

He added, “Let’s see, I am currently working on scripts. I got couple of scripts on which I am working right now. I am not very sure about acting but production is something I am working on. I am going to finish these scripts first, then finalize the cast and I will start shooting for them”.

Cooking is more fun with friends