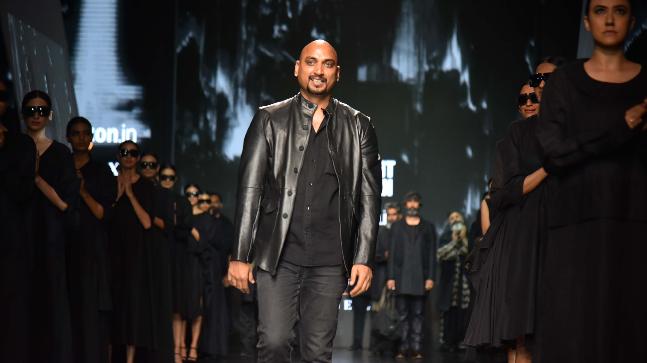 Samant Chauhan, a prominent name in the Fashion Industry, known for working with top brands. He has also carved a distinct segment for himself in both Indian and global fashion markets and is known to have worked with various celebrities. Mr. Chauhan who has designed numerous successful ramp shows has moved away from the ramp and tried his hands in films for the first time with the upcoming Movie ‘Yaara’.

The change from ramps to movie was not the same, being a fashion designer  Samant Chauhan always had his own imagination and story that he told through his collections for ramp shows and when he moved to the film, he had to play the role of a costume designer where his imaginations and designs had to complement and support with the visions that the director, Mr. Tigmanshu Dhulia had for characters. The designer worked very closely with the team throughout and during the first schedule of the shoot when costumes were tried on and shot, he realized how every minute detailing was important, from the textures of clothes to the patterns, zip to even small thread everything mattered and post that he gave closer attention to every aspect and curated the look they had envisioned.

‘Yaara’ is the remake of a French movie that begins in Rajasthan and ends in Delhi. The entire film being periodic, much priority was given to the costumes to make it vibrant and flamboyant, which adds to the different perspectives which the director wanted to portray.  Tigmansh wanted the feel of friendship to reflect through clothes and keep the vibrancies of the 1970s alive in the film and Mr. Chauhan took inspirations from various eras, places, and people to do justice for the film and around 700 garments were made in a span of three weeks.

While developing the characters, the designer involved himself in a lot of research to bring out the tone of the film through costumes. During the era in which the movie is set in, areas like Bihar, borders of Nepal were known for their style and love for accessories and branded stuff as those areas were prone to illegal trafficking of branded goods and had easier access. All this has been brought out in the film through the character’s costumes.

Chauhan took a lot of references from different time zones like the 70s, 80s, and 90s to craft a detailed costume for every actor which compliments the character they are playing, a lot of detailing has gone down in selecting the fabric, prints and style to keep up the 70s look. Detailing the entire process, the designer adds how most chic and sharp designs dresses and suits were designed for Shruti to uphold her rebel character and the struggle being to tone down the fashion to bring the essence of the character alive.  He also had his father’s vision in mind while crafting costume for the lead role which he wanted to bring alive.

Samant Chauhan has concentrated on each intricate detail while designing. He crafted the costumes for each actor in a way it reflects their character as well as their story. By extensive research via referring old movies, personal photographs, wedding albums Samant has made justice to that by bringing the director’s vision alive through his costumes and designing.

3 Most Promising Home Remedies To Remove Unwanted Hair On Face