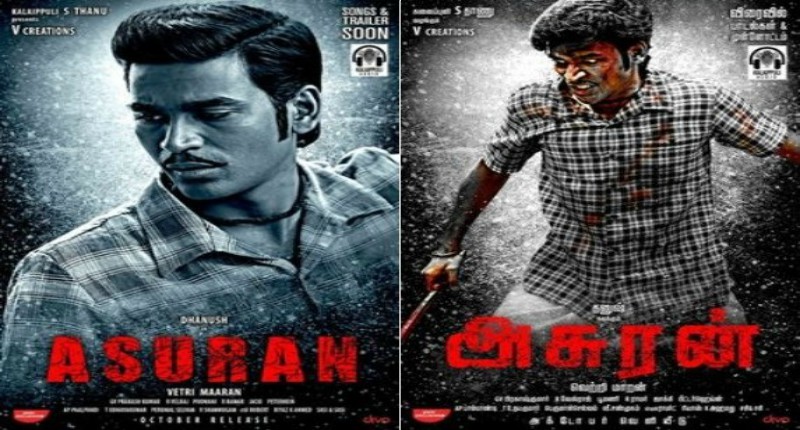 After dropping the first look from Asuran, actor Dhanush has released the second look poster from the film, the actor is looking much younger and sporting a moustache.

Actor Dhanush shared the poster on his social media profile. He captioned it, “#Asuran look 2”

Actor is seen sporting a moustache and while he looks like he is deep thought in one of the posters, he looks ferocious in the other one.

Dhanush has collaborated with director Vetrimaaran yet again for another interesting project and there has been a lot of intrigue around this one especially. Manju Warrier will be playing the female lead and her first look from the film was already out back in December. Asuran will hit the big screens on October 4.

The actor has also begun shooting for another untitled film that he had recently began shooting for, directed by Karthik Subbaraj. After this one, the actor is reported to begin shooting for Vada Chennai 2 and he recently also revealed the first look for his other film called Pattas.

The actor does have a lot of unique projects in hand. With Vada Chennai and Maari 2’s success, we are pretty sure that Asuran will also be a success at the box office.