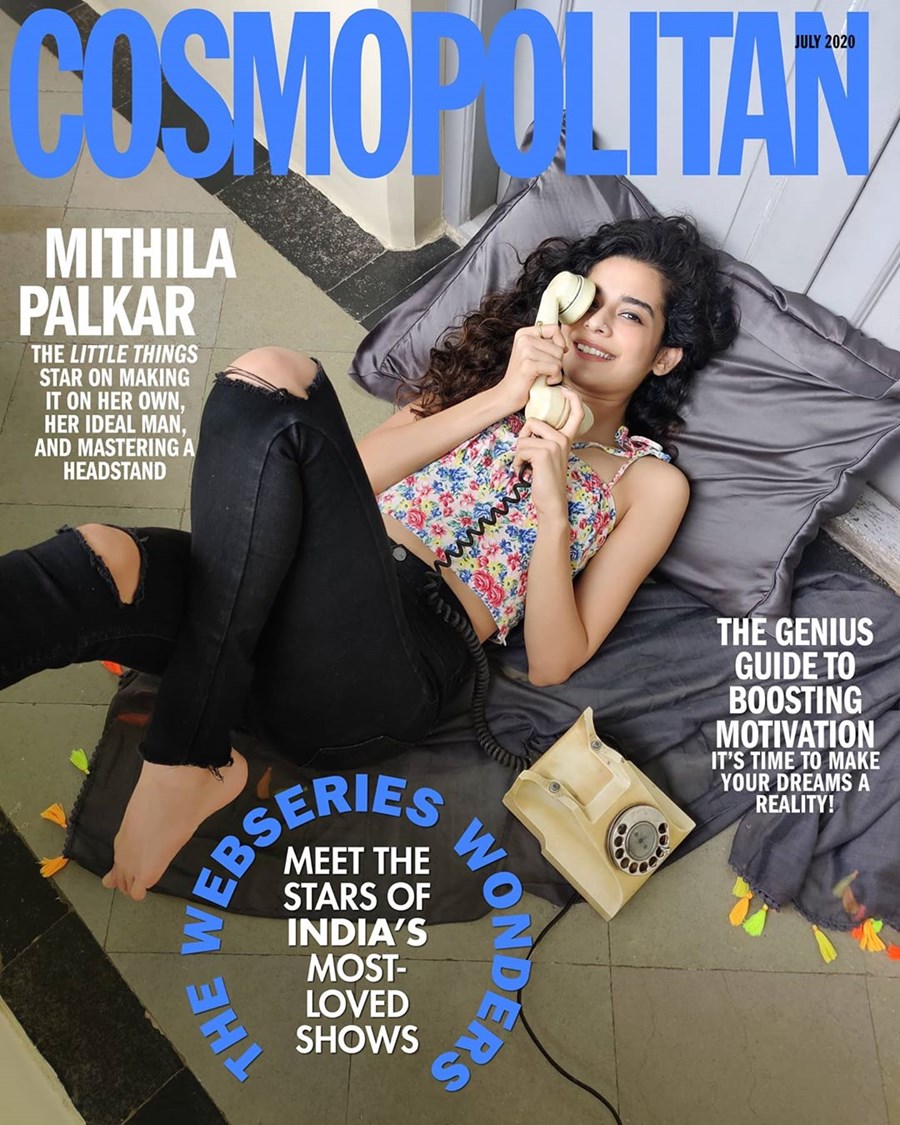 Digital sensation Mithila Palkar found name, fame and fortune with her off-beat choices and stunning portrayals, known for her characters in the TV series Girl in the City and Netflix’s Little Things. She rose to prominence with her Marathi version of the “cup song” and now features on the cover page of Cosmopolitan Magazine.

Mithila took to her social media and dropped the stunning cover spread. She wrote, “Thank you for this @cosmoindia!”

Sharing the same, the Cosmopolitan official page wrote, “Our digital coverstar Mithila Palkar (@mipalkarofficial ) is sitting pretty! A millennial favourite, many of Mithila’s fans will tell you they adore her for her ‘cuteness’ and relatable roles”

The special edition hails the stars of India’s most loved shows and Mithila is one such name, who has carved a niche of herself, especially on OTT platforms.

After 2019’s sleeper hit Chopsticks, Mithila will next be seen in Tribhanga – Tedhi Medhi Crazy. It is an upcoming Netflix drama film set in Mumbai, Maharashtra. It is produced by Ajay Devgn FFilms, Banijay Group Asia and Alchemy Films Pvt Ltd.

It stars Kajol and Tanvi Azmi in the leading roles, the film is directed by Renuka Shahane and revolves around the lives of three women from the same family, belonging to different generations.

Tribhanga was originally supposed to be a small Marathi film but later turned into a Hindi Netflix original as Kajol and Siddharth P Malhotra got on board. The film also features Vaibhav Tatwawaadi, Manav Gohil and Nishank Verma.

Tirbhagna is a dance pose in Odissi and its nature is said to represent that of the three leading women in the film, played by Azmi, Kajol and Palkar.