Emraan Hashmi Unveils The First Look Of His From Movie ‘Harami’ 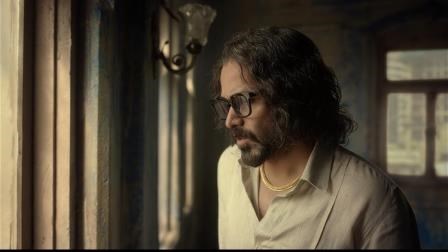 Actor Emraan Hashmi easily recognized as the actor who made bold scenes a part of the Bollywood movie culture. The actor is all set for his upcoming movie ‘Harami’.

Taking to his Instagram handle the ‘Hamari Adhuri Kahani’ actor unveiled the first look of his from the movie ‘Harami’. In the first look of the film, Emraan can be seen in an interesting look with long hair and spectacles. The actor is seen in a pensive mood on the same. Sharing the look Emraan wrote, “#Harami first look”

About the film, ‘Harami’, it is an Indo- American production feature film, written and directed by Shyam Madiraju. It has officially been selected to be a part of the main competition section (New Horizons) of the Busan International Film Festival 2020.

The film stars Emraan in a rather interesting character, that of ‘Sagar Bhai’, who is a former English teacher turned gang lord. The film is set in Mumbai and revolves around the story of finding redemption in a chaotic city. The film carves itself in a special place given that Harami is the only Indian film to be selected for this year’s main competition.