I Was Excited To Work With Salman Khan Says Alia Bhatt 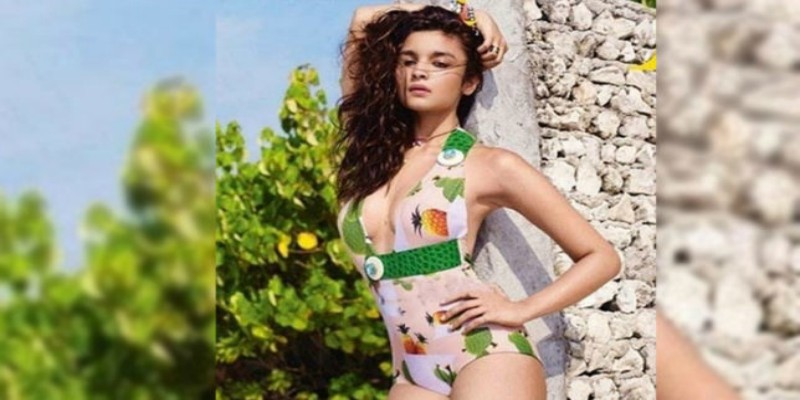 Alia Bhatt, who was paired opposite Salman Khan in Sanjay Leela Bhansali directorial Inshallah, says sometimes circumstances are out of your control but she was excited to work with Dabangg 3 superstar.

Fans were excited to watch Salman Khan and Alia Bhatt paired in Sanjay Leela Bhansali directorial Inshallah, but unfortunately, due to some undisclosed issues, the film is not shelved.

Interacting with media on the sidelines of IIFA 2020 Green Carpet event last night in Mumbai, actress Alia Bhatt shed some light on Inshallah and reason behind movie getting canceled.

She said, “I was very excited to work with Sanjay Leela Bhansali and of course I was excited to work with Salman Khan as well. It is my understanding that sometimes circumstances are not in your control and things happen. Like the saying goes, you want to make God laugh, tell him about your plans, see plans never really go as per plan, but I can give you in writing that I will be working with Sanjay Leela Bhansali very soon”

Meanwhile, on the work front, Alia Bhatt has four upcoming projects. She will star alongside Ranbir Kapoor and Amitabh Bachchan in Ayan Mukerji’s fantasy film trilogy, the first of which is named Brahmastra.

She has also committed to star alongside N. T. Rama Rao Jr and Ram Charan in the Telugu-language period film RRR. In addition, Bhatt will feature in Takht, a historical drama directed by Johar which has an ensemble cast including Vicky Kaushal, Ranveer Singh, and Kareena Kapoor.

Alia will also team up with Aditya Roy Kapur, Sanjay Dutt, and Pooja Bhatt for a sequel to her father’s crime film Sadak (1991).