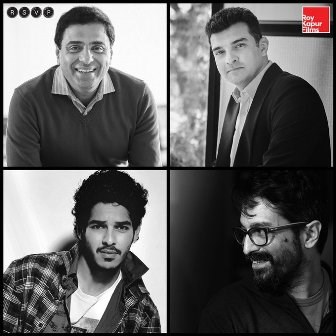 The Indo-Pakistani War of 1971 was a military confrontation between India and Pakistan that occurred during the liberation war in East Pakistan. The makers Ronnie Screwvala and Siddharth Roy Kapur have joined hands for a 1971 war film titled ‘Pippa’.

Actor Ishaan Khatter took to his social media profile and expressed his excitement about the film and the role. He shared, “It’s an incredible honor to step into the shoes of #BrigadierBalramSinghMehta. As we are about to celebrate the spirit of independence, the team is coming together for a visual celebration of love, humanity, and India in #Pippa! @rajamenon #RonnieScrewvala #SiddharthRoyKapur @rsvpmovies @roykapurfilms @ravi_randhawa00 @tanmay_mohan @malvika25 @bkandhari @adi_krishna1…Jai Hind”

Pippa is a war film, but it also has an emotional core celebrating the triumph of love and humanity. The fact that there is going to be some never-seen-before tank war action is extremely thrilling to me as a filmmaker, but it’s the heroism and patriotism displayed by the young and strapping Brigadier Mehta, despite all that he was going through in his family, that really connected with me when Siddharth shared this story.

The film’s title highlights the Russian war tank PT-76, popularly known as Pippa. The project portrays the coming-of-age of a young Mehta as well as of India.

​Masaba Masaba Trailer Is Out

Rajkummar Rao Shared A throwback Picture From His Film ‘Stree’