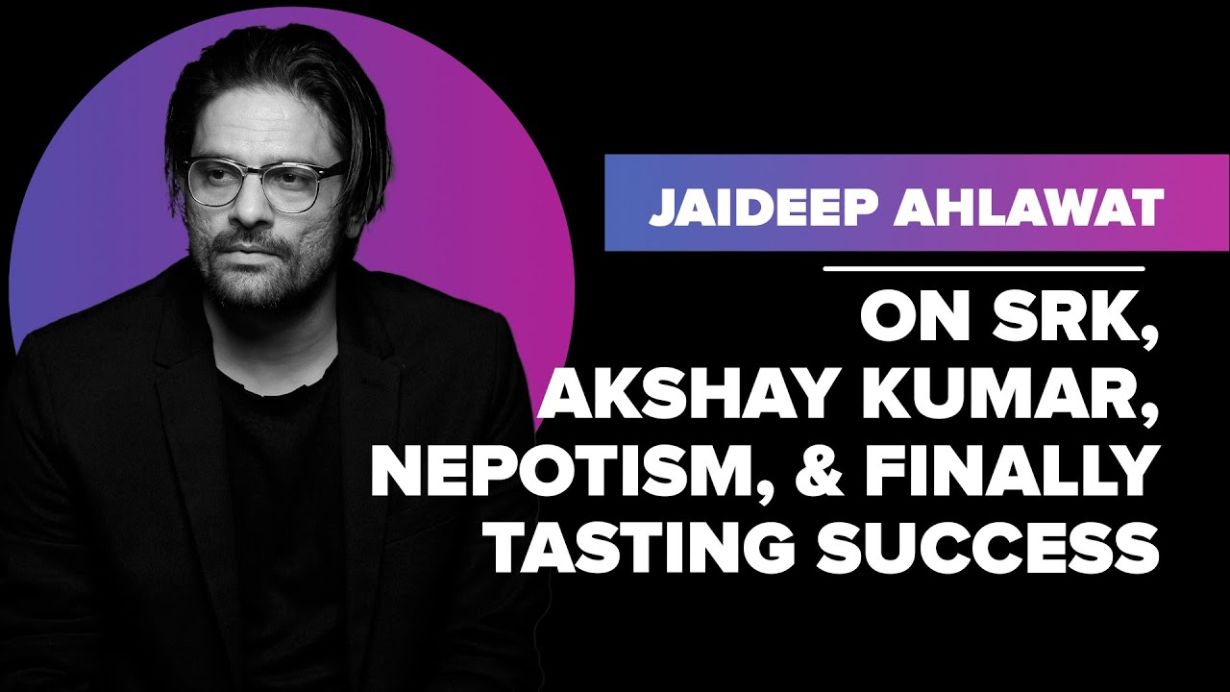 Jaideep Ahlawat shares his experience of working with the best in Bollywood, nepotism and much more in the first episode of Filmfare Spotlight

Destination of all things Bollywood, Filmfare has recently launched a new show for their ardent fans of OTT platform shows, Filmfare Spotlight. The first episode launched today features Paatal Lok fame Jaideep Ahlawat in a candid conversation with Filmfare Digital Editor, Rahul Gangwani. The actor, in his very raw and unabashed style, narrates his love for films, his experience of working with actors like Alia Bhatt, Shah Rukh Khan and Akshay Kumar and also weighs in the controversial nepotism debate.

While the OTT star revels in his ever-increasing popularity due to Paatal Lok, he shares his experience of working with big-league stars of Bollywood. The actor comments, “I am very fond of both Shah Rukh Khan and Ranbir Kapoor. Ranbir is a very amazing actor and is exceptionally hard working. When it comes to Shah Rukh sir, to know what he is, you have to meet him. Nobody can tell you. After working with some of the great actors from our industry, but the only time that I got a little star-struck around him.”

The popular star also chimes in the nepotism debate stating, “I personally believe it has always been there. I don’t call it nepotism, I say it’s favouritism. It is everywhere and in every field of life. Be it politics, corporate world or even in your own home where parents like one kid more than the other. I don’t think anyone only on the basis of favouritism has ever gone places. It has always been a part of our lives. I could have an issue with lobbying or bullying, which is a different story. Every parent wants to ensure an easier journey for their kids than what they had and they will do what it takes for the same.”

Watch him chat on all these topics along with many more aspects of his life and work in the first episode of Filmfare Spotlight. New episodes every Wednesday, Friday & Sunday @ 12 PM exclusively on Filmfare’s social media platforms.