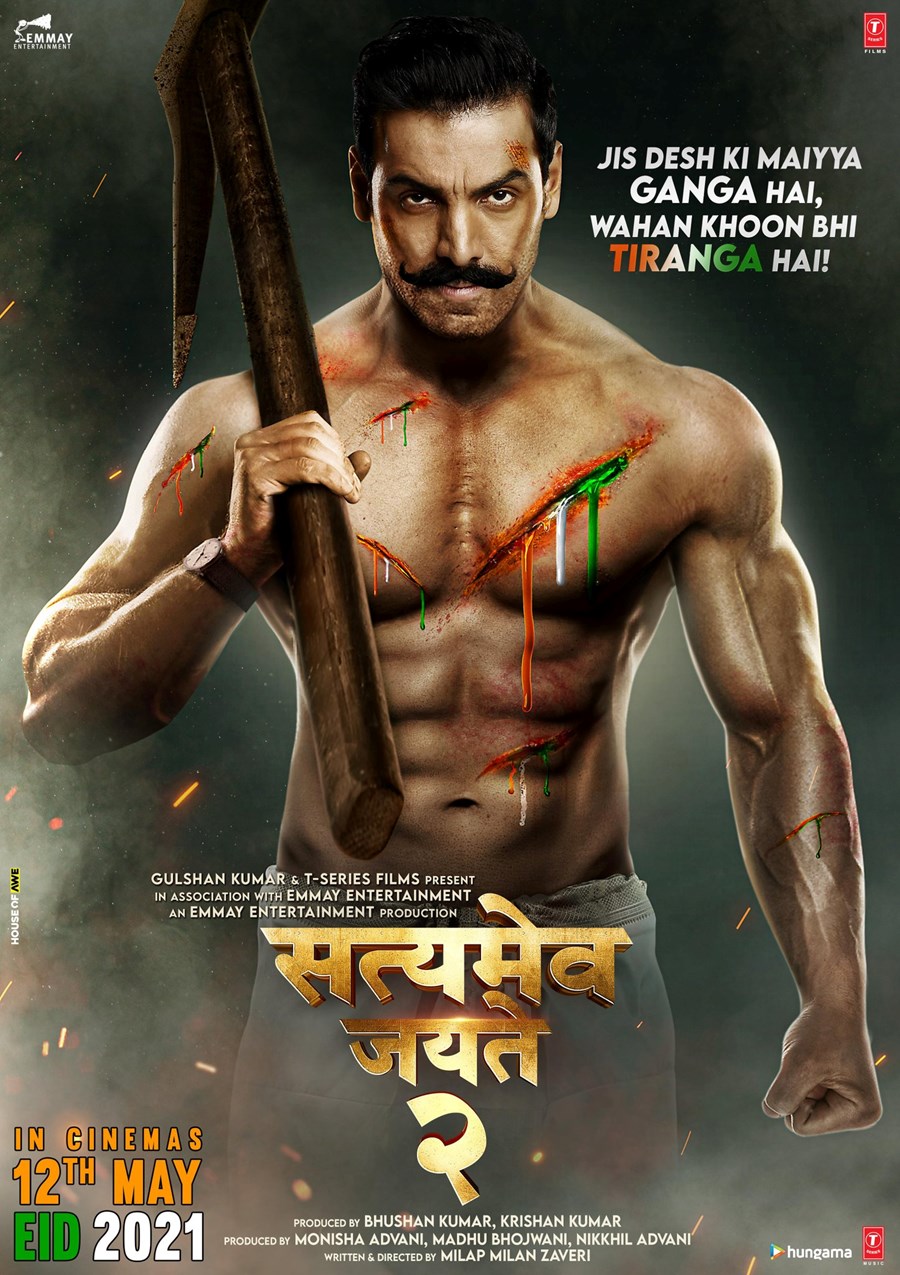 Due to the corona-virus pandemic, the release dates of movies are getting quite shuffled. Most of the movies were released on OTT platforms.

Actor John Abraham’s most awaited film ‘Satyameva Jayate 2’ finally got the released date. The movie is all set to release in cinemas in 2021. John who is all excited about his upcoming movie shared the news on his social media handle.

The ‘Houseful 2’ actor took to his Instagram and announced the release date of his movie. Along with it, he also shared the poster of his and wrote a dialogue from the film.

‘Satyameva Jayate 2’ is an upcoming vigilante action film directed by Milap Zaveri and produced by Bhushan Kumar and Nikhil Advani. A sequel of the 2018 film ‘Satyameva Jayate’ the film stars John Abraham and Divya Khosla Kumar.

The concept is based on the fight against injustice and misuse of power. The film was announced on 27 September 2018 and it was also confirmed that Abraham will also perform high action scenes. The film is slated to be released on 12 May 2021.

A Working Sunday For Tiger Shroff