Jonas Brothers Visits A Fan At Hospital, She Missed Concert Due To Chemotherapy 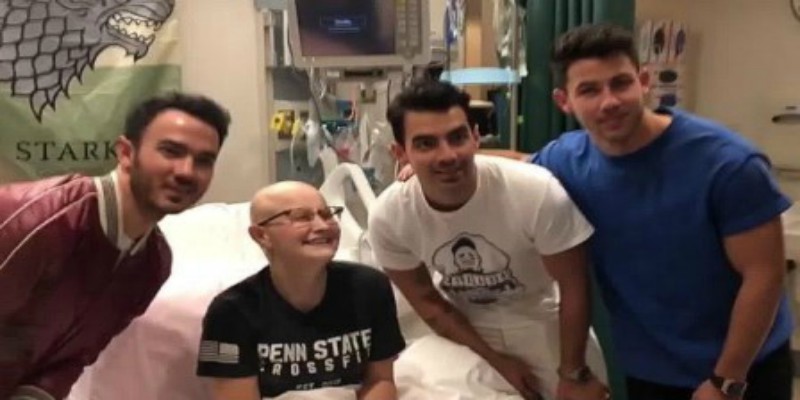 Jonas Brothers currently busy with the Happiness Begins Tour have been making the right noise among fans. While many actors were spotted during their concerts from Madhu Chopra to Anupam Kher, they have been making headlines for their own work.

Right before the tours touched down in Pennsylvania the Jonas Brothers Kevin Jonas, Joe Jonas and Nick Jonas made some time for a special fan who missed their concert due to chemotherapy.

The trio paid a visit to a hospital in Pennsylvania to meet a cancer patient who couldn’t make it to the concert. There fan Lily Jordan, who had to undergo a chemo session at Penn State Health Milton S. Hershey Medical Center.

Jonas Brothers were also were joined by Priyanka Chopra Jonas during their visit. Lily went on to share some posts on her social media accounts to celebrate the moment.

She captioned the post as, “Wow. The power of social media you guys. YOU did this. YOU made my crappy chemo session into something incredibly special and unforgettable. Thank you thank you thank you @jonasbrothers for taking time out of your day to come pay me a visit. Literally made my life”