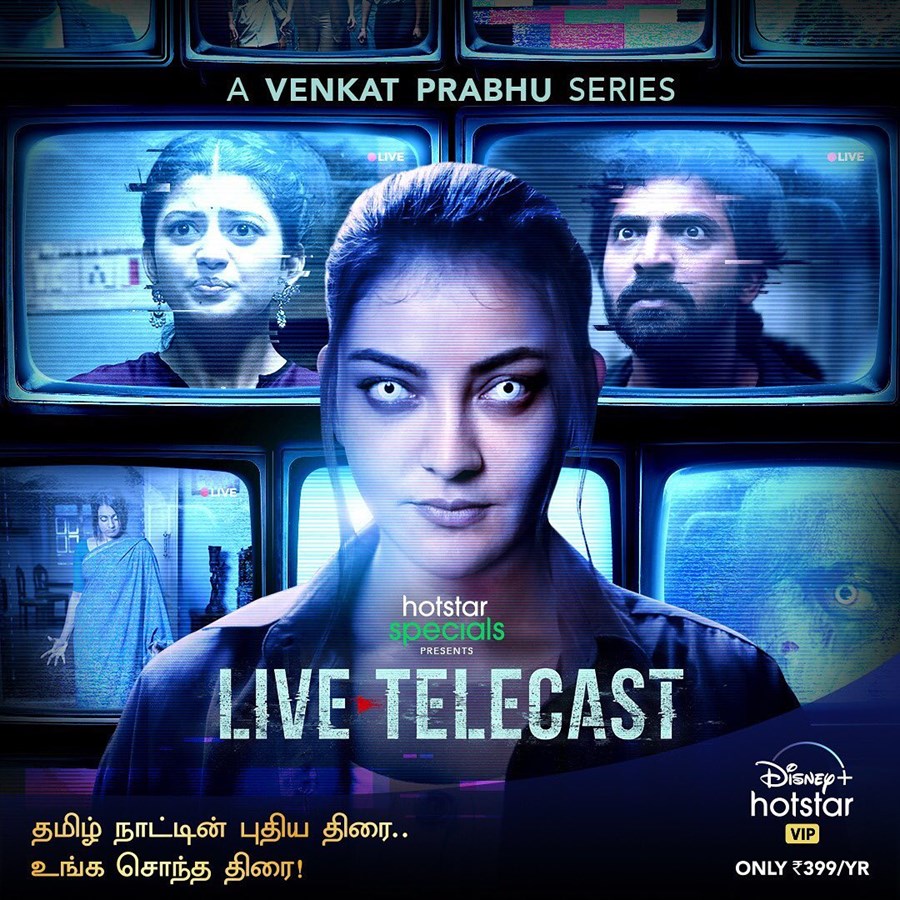 Actress Kajal Aggarwal, who is making her digital debut with a Tamil web series titled ‘Live Telecast’, shared first look of her upcoming horror show on social media on Friday.

The web series is directed by Venkat Prabhu. It follows the ordeal of a bunch of television producers, who come into the grips of evil while trying to capture paranormal activities.

‘Live Telecast’ will stream on Disney+ Hotstar but makers haven’t announced release date of the show.

On personal front, Kajal and her fiancé Gautam Kitchlu are set to tie the knot in a close-knit ceremony in Mumbai on October 30. ‘Special 26’ actress shared the good news with her fans on Instagram earlier this month.