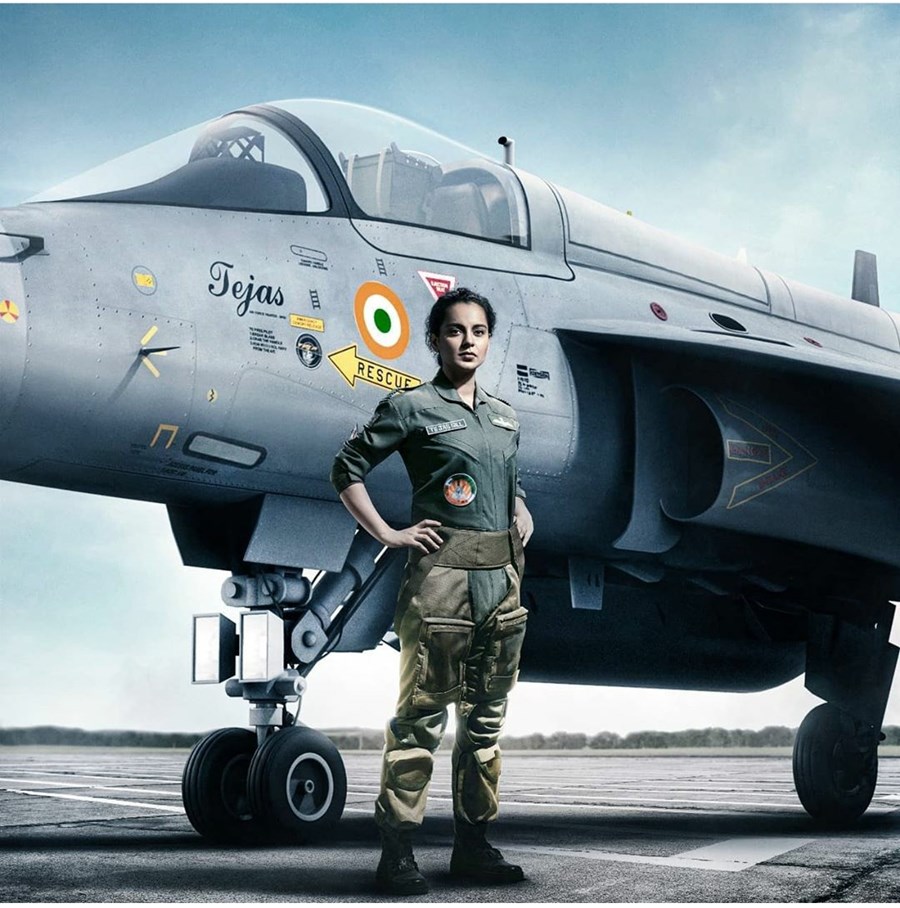 Actor Kangana Ranaut joins hands with the producer Ronnie Screwvala for her next film ’Tejas’. Taking to her Instagram handle the ‘Queen’ actor shared the first look of hers from the film ‘Tejas’.

Adding to it, Kangana announced that her ambitious project will officially take off this December. In the poster Kangana is seen in her Air force pilot’s uniform, proudly standing beside her jet Tejas.

Feeling too proud to be the part of the story Kangana wrote, “#Tejas to take-off this December! Proud to be part of this exhilarating story that is an ode to our brave airforce pilots! Jai Hind #FridayWithRSVP @sarveshmewara #RonnieScrewvala @rsvpmovie @nonabains”

Tejas is a Bollywood drama directed by Sarvesh Mewara. The movie stars Kangana Ranaut as an Air Force Pilot. The flick will be produced by Ronnie Screwvala.

Back in February, Kangana shared the first look poster of her film and announced that she will be portraying the role of the IAF pilot. The film reportedly takes inspiration from the Indian Air Force’s landmark decision to induct women into combat roles in 2016.

Kangana is also shooting for Thalaivi, which is a forthcoming multilingual biographical film directed by A. L. Vijay and produced by Vishnu Vardhan Induri and Shailesh R Singh under their respective banners Vibri Media and Karma Media And Entertainment.

The story is about the life of J. Jayalalithaa, late politician and film actress who served six terms as the Chief Minister of Tamil Nadu, with Kangana Ranaut playing the role of Jayalalithaa. The film is simultaneously shot in Hindi, Tamil, and Telugu under the same title.